The Consumer Affairs Authority (CAA) on Friday (16) denied claims that were made by the All Ceylon Traditional Coconut Oil Producers’ Association (ACTCOPA) that the CAA had issued a gazette notification authorising the importation of blended oils. 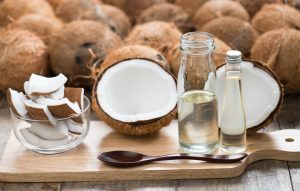 “We categorically deny the claims that are made by the said organisation and can assure that there is no such gazette notification or directive that was issued by our authority in 2016,” CAA Director Asela Bandara confirmed to The Sunday Morning.

The ACTCOPA had last month requested that the Government take immediate action and rescind the alleged gazette notification issued by the CAA on 7 October 2016 under Gazette No. 195/5, authorising the importation of blended oils under the directives of then Minister of Industries and Commerce Rishad Bathiudeen.

When The Sunday Morning further investigated to locate a gazette issued under such a number, there were no results that returned.

“We informed President Gotabaya Rajapaksa about this, but are yet to receive his response to the concerns that we raised. Sri Lanka currently imports 240,000 metric tonnes of palm oil a year, which would generate an additional profit of around Rs. 20,000 million for large-scale racketeers who are benefiting from the present gazette notification,” ACTCOPA Convenor Buddhika de Silva told the media at a recent press briefing.

The ACTCOPA requested the Government to provide them with the necessary raw materials and machinery to reduce spending large sums of money to import oil from other countries.

He urged that the Government should consider providing loans at concessionary interest rates to uplift the declining local coconut oil industry.

“If we are allowed to import copra and shredded coconut instead of importing coconut oil from abroad, we would be able to increase the local coconut oil production,” de Silva added.

Police crack down on drunk drivers and traffic offenders

April 13, 2019 byRandev No Comments
It has been reported that from six in the morning, yesterday (12) to six in the morning today (13), an islandwide police operation had arrested 289 drivers for drunk driving.

August 30, 2019 byTSM Web Desk No Comments
Prime Minister Ranil Wickremesinghe has ordered the removal of the Ceylon Petroleum Corporation (CPC) from Minister Kabir Hashim's purview and to re-assign it to Minister Lakshman Kiriella.