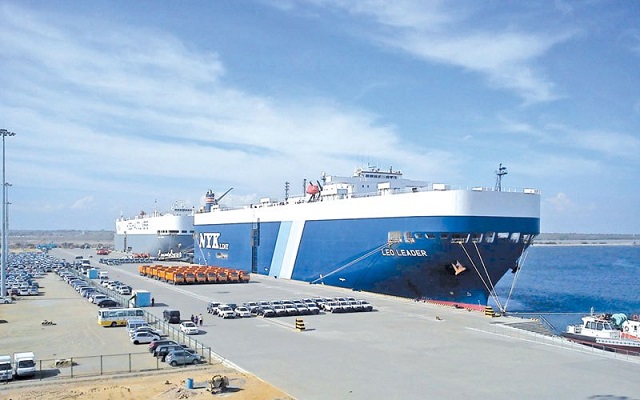 The new Government has not made a formal request to renegotiate the Hambantota Port deal, a top port management official told The Sunday Morning.

The Chief Operating Officer of the Hambantota International Port Group (HIPG) Tissa Wickramasinghe told The Sunday Morning that the Government had not officially intimated its intention to renegotiate the deal.

President Gotabaya Rajapaksa had said in an interview published last week that he would seek to renegotiate the Hambantota Port deal with China.

In an interview with BharatShakti.in and SNI, the President said that the Hambantota Port deal was a mistake.

The former Government signed a 99-year lease agreement with China on the Port.

“…even though China is a good friend of ours and we need their assistance to develop, I’m not afraid to say that (Hambantota Port deal) was a mistake. I will request for a renegotiation for them to come with a better (deal) to assist us. Today, the people are not happy about that deal; we can see one year, two years, or even five years into the future, but further down the line, what will happen? Giving a small plot of land for investment is a different matter; developing a hotel or commercial property is not a problem. Giving the strategically and economically important harbour is not acceptable. We should have control over that; we have to renegotiate. Giving a terminal for operations or a location to build a hotel is a different matter. So, that is my position,” the President had said in his interview.