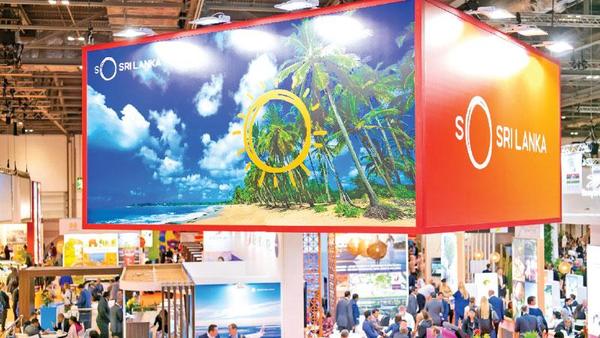 No tourism campaign for winter bookings?

Barring a minor administrative miracle, the tourism recovery campaign, which has been desperately awaited by the industry since the Easter Sunday attacks, will not be ready in time to attract winter bookings, The Sunday Morning Business learnt.

The Rs. 415 million, 45-day campaign was to target Sri Lanka’s biggest tourism source markets to counter the negative perception of Sri Lanka created following the Easter Sunday attacks and to position it as a safe and attractive destination.

Speaking to us, tourism industry stakeholders opined that with a fresh procurement process being necessitated following the intervention of the Attorney General (AG), getting a campaign off the ground prior to the global tourism market finalising its winter travel destinations would be next to impossible.

Even if the procurement process was to be fast-tracked considering the urgency of the matter, it is unlikely that a new agency could develop and launch an effective global campaign prior to the end of September, by which time most international travellers, particularly high-spending westerners, would have finalised their winter plans.

Prime Minister Ranil Wickremesinghe was scheduled to hold discussions with the AG’s Department last week to request the process to be fast-tracked. However, on Thursday (8), Minister of Tourism Development, Wildlife, and Christian Religious Affairs John Amaratunga told us that this meeting was yet to take place.

“I have not gotten any feedback, but the Prime Minister said that he is making some arrangements. I will have to ask him when the meeting will take place,” he said.

At the moment, the only possibility for a campaign to be launched in time for winter bookings appears to be to proceed with Wunderman Thompson, formerly known as JWT, the agency which was awarded the contract and has therefore already laid the groundwork for a campaign.

However, sources at Wunderman Thompson made it abundantly clear to us that it does not wish to be involved in a campaign which is under a legal cloud, both due to its transparency regulations as a part of the world’s largest communications network, WPP plc, and the possible complications in obtaining payments at a later date. Therefore, unless the AG’s Department provides a clear green light, Wunderman Thompson would not be signing the contract for the campaign.

Furthermore, in the event a fresh procurement process is carried out, it is doubtful whether other agencies would be keen to bid for a campaign of this magnitude following the issues which have cropped up so far and the tight deadlines it would be required to meet, in addition to the fact that an election is scheduled for November.

However, Amaratunga expressed optimism about launching the campaign in time for winter bookings. “If the agreement is approved by the AG’s Department, we can start immediately.”

When inquired, officials at the Sri Lanka Tourism Promotion Bureau (SLTPB) refused to confirm that the campaign would not be ready for winter bookings. However, they added that this was never meant to be a winter campaign and that Sri Lanka needs to reposition itself as a year-round destination as opposed to a seasonal tourist destination.

The recovery campaign, first announced within two weeks of the Easter attacks on 21 April, was only submitted for Cabinet approval in late May, along with the long-term global promotional campaign. The approval was received on 28 May for both campaigns.

However, the campaign ran into trouble when rival advertising agencies alleged that a proper procurement procedure had not been followed in the awarding of the contract to Wunderman Thompson. The discourse built by these allegations ultimately led the AG’s Department to investigate the matter and conclude that proper procedure had not been followed. It was pointed out that a committee should have been appointed to review the proposal prior to the cabinet paper being submitted, and not after, as was the case.

These developments are bound to delay the launch of the six-month, Rs. 500 million global promotional campaign as well, the fortunes of which are tied to that of the recovery campaign due to both being submitted for Cabinet approval with the same cabinet paper.

The total number of international tourist arrivals to Sri Lanka during July 2019 was 115,701, an 83% growth compared to June 2019, the Sri Lanka Tourism Development Authority (SLTDA) announced on Friday. This continues the recovery made in June which saw 63,072 tourist arrivals, a month-over-month growth of 67%. However, the July figure is still a 47% dip on a year-on-year (YoY) basis.

October 20, 2018 bythemorninglk No Comments
After ‘Small Miracle’ and ‘Wonder of Asia’, Sri Lanka’s latest tourism tagline will be ‘So Sri Lanka’.

August 30, 2018 byCharindra No Comments
The Planters’ Association of Ceylon attempts to clarify facts regarding privatization and the conditions which made it necessary in the first place.