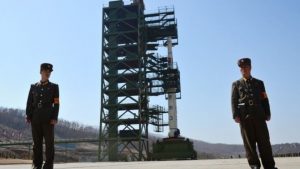 New satellite images of North Korea suggest it is restoring a rocket launch site it had pledged to dismantle, say analysts.

The images were taken two days after talks between the leaders of the US and North Korea ended without them reaching a deal on denuclearisation.

The Tongchang-ri site has been used for satellite launches and engine testing, never for ballistic missile launches.

Work to dismantle it began last year but stopped as the US talks stalled.

The pledge to dismantle it had been seen as a confidence-building measure between Pyongyang and Washington.

Meanwhile, the US has warned North Korea could face yet more sanctions should Pyongyang not take steps to denuclearise.

The satellite evidence, coming from several US think tanks and testimony from the South Korean intelligence service, appears to show rapid progress has been made in rebuilding structures on the rocket launch pad at the Sohae site at Tongchang-ri.

Sohae has been North Korea’s main satellite launch facility since 2012. It has also been used for testing engines for missiles capable of reaching the US.

But it has never been used for testing the ballistic missiles which have been considered so provocative. 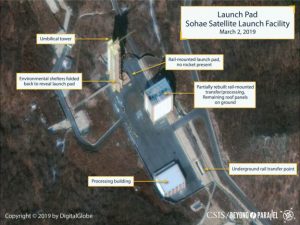 “The North Koreans likely see the rebuilding not as an active part of their missile program, but of their civilian space programme – a distinction they have made repeatedly in the past.

“One would assume, the rebuilding of these structures signals a diminished lack of trust in the process,” said Town.

June 17, 2020 byTSM Web Desk No Comments
Nelson Quan had no idea he had been locked into his compound in the Yuquan district of Beijing until he arrived at the front gate and saw the barricade.