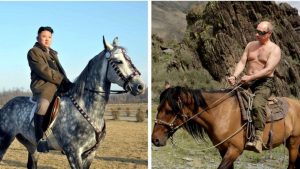 North Korean state media has confirmed that Kim-Jong-un will travel to Russia soon for his first ever meeting with President Vladimir Putin.

While no specific date has been officially announced, the Kremlin has also said the two will meet “in the second half of April”.

Any meeting between the old allies will come at a crucial time for North Korea, after the collapse of February’s talks with the US in Hanoi.

But both sides will be bringing different agendas to the talks, expected to take place in Russia’s eastern city of Vladivostok. (BBC)

May 4, 2019 byRandev No Comments
A passenger plane has slid off a runway in the US state of Florida, ending up in a river after landing during a thunderstorm.