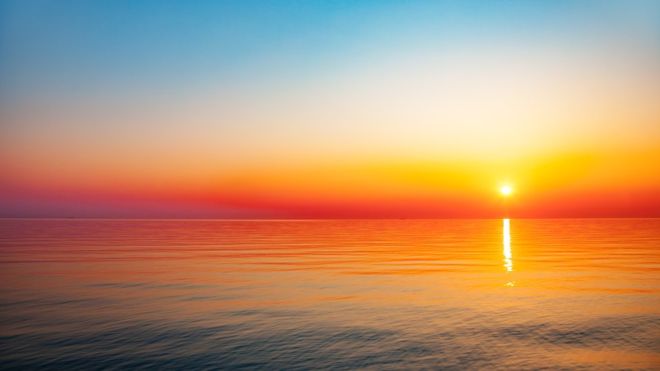 Researchers say that the world has seriously underestimated the amount of heat soaked up by our oceans over the past 25 years.

Their study suggests that the seas have absorbed 60% more than previously thought.

They say it means the Earth is more sensitive to fossil fuel emissions than estimated.

This could make it much more difficult to keep global warming within safe levels this century.

What have the researchers found?

According to the last major assessment by the Intergovernmental Panel on Climate Change (IPCC), the world’s oceans have taken up over 90% of the excess heat trapped by greenhouse gases.

But this new study says that every year, for the past 25 years, we have put about 150 times the amount of energy used to generate electricity globally into the seas – 60% more than previous estimates.

Scientists base their predictions about how much the Earth is warming by adding up all the excess heat that is produced by the known amount of greenhouse gases that have been emitted by human activities.

Therefore more heat from the same amount of gas means the Earth is more sensitive to CO2.

What are the implications of the finding?

The researchers involved in the study believe the new finding will make it much harder to keep within the temperature rise targets set by governments in the Paris agreement. Recently the IPCC spelled out clearly the benefits to the world of keeping below the lower goal of 1.5C relative to pre-industrial levels.

This new study says that will be very difficult indeed.

“If you look at the IPCC 1.5C, there are big challenges ahead to keep those targets, and our study suggests it’s even harder because we close the window for those lower pathways.”

The report suggests that to prevent temperatures rising above 2C, carbon emissions from human activities must be reduced by 25% more than previously estimated.

What does it mean for the oceans?

As well as potentially making it more difficult to keep warming below 1.5 or even 2C this century, all that extra heat going into the oceans will prompt some significant changes in the waters.

“A warmer ocean will hold less oxygen, and that has implications for marine ecosystems,” said Dr. Resplandy.

“There is also sea level, if you warm the ocean more you will have more thermal expansion and therefore more sea level rise.”

What have these scientists done differently?

Since 2007, scientists have been able to rely on a system of almost 4,000 Argo floats that record temperature and salinity in the oceans around the world.

But prior to this, the methods used to measure the heat in the ocean had many flaws and uncertainties.

Now, researchers have developed what they say is a highly precise method of detecting the temperature of the ocean by measuring the amount of oxygen and carbon dioxide in the air. This allows them to accurately measure ocean temperatures globally, dating back to 1991, when accurate data from a global network of stations became available.

The key element is the fact that as waters get warmer they release more carbon dioxide and oxygen into the air.

“When the ocean warms, the amount of these gases that the ocean is able to hold goes down,” said Dr. Resplandy.

“So what we measured was the amount lost by the oceans, and then we can calculate how much warming we need to explain that change in gases.”

Will the heat ever come back out?

Yes, say the authors, but over a very long time.

“The heat stored in the ocean will eventually come back out if we start cooling the atmosphere by reducing the greenhouse effect,” said Dr. Resplandy.

“The fact that the ocean holds so much heat that can be transferred back to the atmosphere makes it harder for us to keep the Earth surface temperature below a certain target in the future.

“The ocean circulation that controls the ocean heat uptake/release operates on time scales of centuries, meaning that ocean heat would be released for the centuries to come.”

How have other scientists responded to the findings?

“The authors have a very strong track record and very solid reputation… which lends the story credibility,” said Prof. Sybren Drijfhout at the UK’s National Oceanography Centre in Southampton.

“The updated estimate is indeed worrying in terms of how likely it is that society can meet 1.5 and 2 degree targets as it shifts the lower bound of climate sensitivity upward.”

Others say that further work is required.

“The uncertainty in the ocean heat content change estimate is still large, even when using this new independent method, which also has uncertainties,” said Thomas Froelicher from the University of Bern, Switzerland.

“The conclusion about a potential higher climate sensitivity and potentially less allowable carbon emission to stay below 2C should stimulate further investigation.”

The study has been published in the journal Nature. (BBC)

October 23, 2019 byTSM Web Desk No Comments
The PM will push for a general election if the EU proposes to delay Brexit until January, No 10 has indicated.

March 15, 2019 byRandev No Comments
There are "multiple fatalities" after shootings at two mosques in the city of Christchurch, police in New Zealand have confirmed.