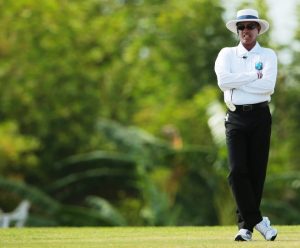 The International Cricket Council (ICC) announced on Wednesday, 8 January the umpire and match referee appointments for the ICC U19 Cricket World Cup 2020, which will be staged in South Africa from 17 January to 9 February.

Experienced umpires Wayne Knights and Raveendra Wimalasiri will take charge of the opening match of the World Cup after the officials for South Africa 2020 were confirmed.

New Zealand’s Knights and Wimalasiri of Sri Lanka – who have taken charge of 71 ODI and T20I matches between them – will officiate when hosts South Africa play Afghanistan in the Kimberley opener on January 17.

Rashid Riaz Waqar will be the TV umpire for the first of 48 games in the tournament, with a 19-strong team of match officials confirmed by the ICC.

Among those taking charge will be veteran Ian Gould, whose esteemed senior international career came to an end when he retired during the ICC Men’s Cricket World Cup 2019 on home soil.

The Englishman will join forces with Ahmad Shah Pakteen when India get the defence of their title underway against Sri Lanka in Bloemfontein, one of five group-stage matches he will officiate as on-field umpire.

In all, 16 umpires from 12 different countries will be on the field for five matches each in the first stage of the U19 World Cup, with eight also performing the role of TV umpire.

The 16 umpires will be joined by three match referees for the duration of the tournament, with former Sri Lanka international Graeme Labrooy officiating alongside home official Shaid Wadvalla and England’s Phil Whitticase.

The officials for the tournament are:

October 13, 2019 byThe Sunday Morning No Comments
Vernon Philander and Keshav Maharaj batted together for a staggering 43.1 overs and added 109 runs for the ninth wicket before South Africa were eventually bundled out for 275 in their first innings

LPL to be held from 27 November at Hambantota

November 6, 2020 byRevatha No Comments
LPL has been finally given the green light by the Sri Lankan health authorities and the Govt.