Ajantha Mendis, perhaps cricket’s original mystery spinner in the video analysis age, has announced his retirement from all forms of the game. The 34-year old last played international cricket in 2015, an ODI against New Zealand in Christchurch. 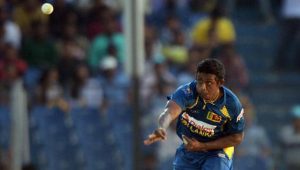 He is the inventor of the now-famous “carrom ball”, the leg-break produced by flicking the ball like a striker on a carrom board

He made his debut against West Indies in an ODI in April 2008, when he took three for 39, but it is at the Asia Cup that followed which produced Mendis’ most famous memories. After 11 wickets in four games, he blew India away in the final in Karachi, taking 6 for 13 as Sri Lanka romped to a 100-run win. He would go on to become the fastest player to 50 ODI wickets, in just 19 games, a record he still holds.

He soon received a Test call-up against India in July that year and he, along with Muttiah Muralitharan, went on to rattle India’s batting order, taking Sri Lanka to a 2-1 win. He picked up 26 wickets in three games, including eight wickets on his debut, a Test that saw Sri Lanka beat India by an innings and 239 runs. 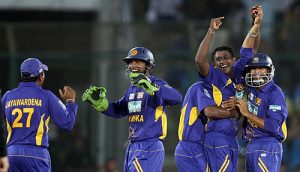 Mendis’ numerous variations, allowing him to spin the ball both ways or skid it on, proved particularly effective in T20 cricket. He holds the record for best figures in a T20I, with a 6 for 8 against Zimbabwe in the opening game of the 2012 World T20. He was impressive in the in 2009 (12 wickets in seven games) and 2012 (15 wickets in six games) editions of the T20 World T20s too, helping Sri Lanka reach the final both times. He is also the only bowler to take two six-fors in T20Is, the other one (6 for 16) coming against Australia in 2011.

But once the mystery faded and batsmen began to figure him out, performances started to dip and he found himself falling down the famously replete Sri Lankan spin-bowling pecking order. Injuries played their part in hampering him in the last five years or so, and by now, Mendis had dropped off the selectors’ radars almost entirely.

His success across formats earned him a World Cup spot in 2011, where he picked seven wickets in five innings. He regularly featured for Sri Lanka across white-ball formats until 2014, when his career was jolted with a back injury. He did not make the 2015 World Cup side, and then was unavailable due to injury through the middle of that year, after which he was picked for the West Indies ODIs in November that year when he took four wickets in three games. In his last ODI, a month later, he finished with 0 for 49 in Sri Lanka’s seven-wicket loss against New Zealand. 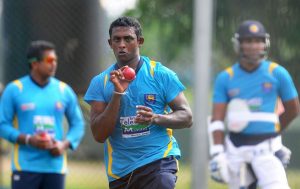 In recent years Mendis has been captaining Police Sports Club in Sri Lanka’s domestic Tier “B” tournament, where he reinvented himself as a batting all-rounder. In fact, in his last eight first-class innings he has four 50-plus scores.