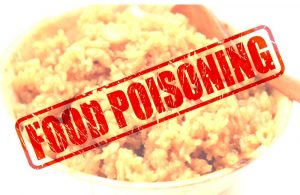 Around 38 persons from the Laxapana Estate in Nallathanniya have been suddenly hospitalized.

It was reported that the reason for this incident was due to a case of food poisoning.

The persons have been hospitalized at the Divisional Hospital, Maskeliya.

The Morning speaking to the hospital has stated that individuals with severe food poisoning have been admitted from midnight yesterday (19) and still some patients have been coming in reporting stomach pains.

Reportedly, the cause for these cases of food poisoning is due to a meal that was served around midday yesterday (19) at a Kovil in the Nallathanniya area.

June 23, 2020 byTSM Web Desk No Comments
Political parties have complained to election monitoring bodies and the Election Commission (EC) over the strict campaigning regulations and the unfair advantage the ruling party has during the pre-el