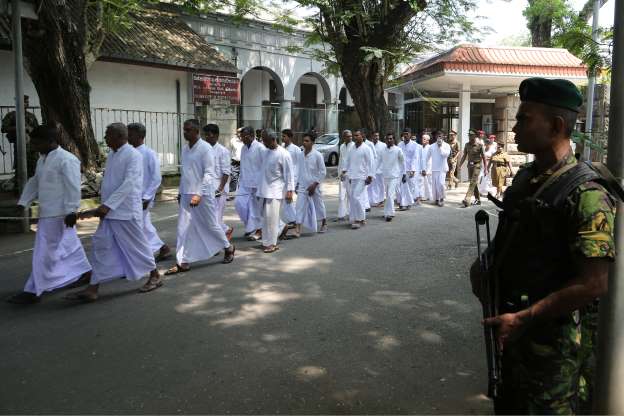 Overcrowded in an archaic system

As of 15 June 2019, the total count of inmates comprising suspects and convicts stood at 22,912; the number of suspects stood at 14,200 and the balance were convicts. Of the total number, around 48% of the suspects were arrested due to narcotic use and related crimes. Meanwhile, the delays in court hearings for suspects in detention have increased over time, and the country’s prisons have become overcrowded within a span of just over 15 years.

The Sunday Morning contacted Department of Prisons Commissioner General T.M.J.Wijenath Thennakoon to understand the drawbacks the prison system is facing at present. 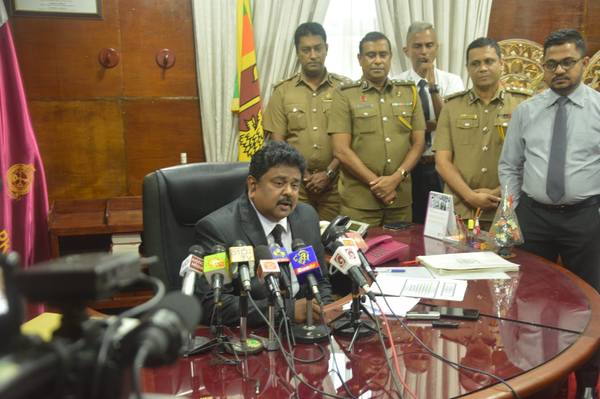 “We are still following the prison system that was implemented in 1844, and new prison complexes have not been built to match the present-day requirement. We could easily manage with the current resources if the amount of suspects held in remand was reduced.”

Taking into account the prison facilities across the country, the collective optimum capacity stands at about 11,300 and at present, some facilities have exceeded its capacities.

“The overcrowding, as you can understand, is mainly in places where there is dense population and increased social activities. In these places, narcotics are easily obtained and many drug users later happen to become drug peddlers for a larger narcotic ring. For instance, if you take the Watereka, Homagama Detention Centre for youth offenders, there are about 170 inmates. Drug addiction has now become a nationwide issue,” he added.

From time to time, there have been delays on the part of the judiciary in hearing cases of these suspects. And due to these unforeseen delays, some of the detainees have to spend a considerable amount of time behind bars.

As such, there may be instances where an inmate’s actual prison sentence would be three months, but they would have ended up being held in detention for a longer period of time.

“We are also facing the issue of having to accommodate drug addicts in the prisons. Ideally, they should be referred to rehabilitation centres. The moment they are locked up, society begins to see them as people who served time,” Thennakoon noted.

When drug addicts are sent to prison, they are penalised for using drugs, and there is no room for them to rehabilitate. The Commissioner General stated that there would be a better chance in sobering them up if they are sent to rehabilitation facilities. The judiciary should decide on this as the Prisons Department has no authority do so.

Sri Lanka is yet to establish an effective national rehabilitation programme for drug addicts. The facility in place at present currently houses over 2,800 persons at full capacity. As such, they have instructed that no more detainees be sent to the facility.

At the moment, there are plans in place to implement rehabilitation programmes within the prison network. The subject minister had been working towards implementing this and had taken the proposal to the Cabinet as well, seeking approval of budgetary allocations to develop such facilities. So far, a budget of Rs. 250 million is allocated for this, he said.

The Weerawila Open Prison Camp, situated on a 138-acre area, is earmarked to be upgraded to a rehabilitation facility, and the preliminary discussions are underway to draw the project plan. The initial programme will commence with promoting agro industry-based skills as Sri Lanka is still relatively dependent on agriculture. Furthermore, the timeframe given to rehabilitate would be insufficient to provide the relevant technical knowledge to get trained in skills relevant to other industries.

In the present system, the detainees are prescribed jail time and when they are released, they usually relapse to old habits of drug use. There are also inmates who go in and out of the prison on several counts.

“A person convicted for manslaughter will serve a sentence of approximately 20 years, for example, and when they leave the prison, they have repented for their acts; there is no possibility for them to repeat the act. It is a battle between the environment around the person released and the ability for that person to rehabilitate inside a prison,” Thennakoon opined.

It is quite clear that the Prisons Department is also becoming a space to rehabilitate habitual drug users. Yet, as the Commissioner General stated, the facilities and resources required cannot be integrated into such an environment. Moreover, expenses incurred by the Prisons Department have tripled on account of the increase of drug users that have been remanded in recent years.

When inquired about the present status of the islandwide institutions, he noted that many facilities were under refurbishment, and the Bogambara Prison was relocated to Pallekele after considering the area requirement. The highest concern was now focused on the Welikada Prison and the Colombo Remand Prison as the buildings needed to undergo large-scale renovations.

“We do routine maintenance, yet to facilitate the present-day standards, bigger renovations need to be rolled out. Many of the buildings in use have been around for over two centuries, and since we are facing overcrowding, we have to increase the capacities of the present wards. The biggest challenge is managing the requirements with the given land space. We are now actively looking at options to renovate or relocate if resources are made available.”

The Commissioner General noted that these projects would hopefully commence in 2020. He further stated that the decision to transfer a segment of the detainees to Watareka, Homagama Correctional Centre too was still on hold pending Cabinet approval and budgetary allocations.

The Sunday Morning then inquired about the drawbacks of the Prisons Department, to which Thennakoon responded: “We are dealing with human beings and sometimes, they do not get along that well. There is a tendency for fights to break out and then our jailers have to mediate. The guidelines and processes in place are sufficient to treat the inmates in a humane manner, but managing human resources is always challenging.”

With just three months into his appointment, Thennakoon attempts to gradually turn things around in the Department of Prisons, but he also accepted the fact that some old habits are hard to break.

While acknowledging that some of the practices need to be laid off, especially when it comes to accommodating a level of privilege to notable characters in the political or business arena serving time in jail, he and his team are hoping to prevent these practices.

“This is especially true when it comes to convicts who are serving long jail terms. While we understand that it is unfair by the rest of the inmates, completely stopping these practices is proving to be difficult. For instance, let’s say a jailer confiscates a phone that is used by an inmate. When they confiscate the mobile handset, the inmate would sneeringly state that they would get hold of another the next day.”

Thennakoon also noted that for long-timers, extending their prison sentence will have no impact. Eradicating corruption within this entire system is always difficult when there are a handful of people who always support it, Thennakoon claimed.

May 20, 2019 bythemorninglk No Comments
The Ceylon Electricity Board (CEB) has warned that power cuts will be inevitable if the shortfall of 200 MW of power to the national grid is not met.

From terror hotspot to tourism hotspot

August 19, 2019 bythemorninglk No Comments
It was the scene of a fierce battle between terrorists and the security forces on 26 April.