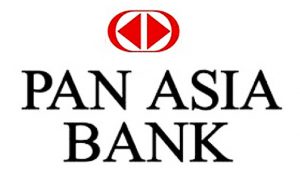 Pan Asia Banking Corporation PLC reported Rs.753.7 million in profit after tax for the six months ended in June 30, 2019 (1H’19) as the bank ploughed through a period mired with multiple challenges, a PABC press release stated.

The bank which carried the title of Fast Growing Commercial Bank in Sri Lanka for several years saw its growth moderating during the period as the malaise in the general economy and the weak business and consumer sentiments took a toll on the bank’s business and financial performance.

The general uncertainty that was created after the Easter attacks on April 21 soured the business environment which weighed on the banks’ performance as the demand for new loans were severely affected by same.

The bottom-line for the six months recorded a 8.0 percent decline from the corresponding period in 2018.

Meanwhile the Net Interest Income (NII) – the difference between the interest paid for the deposits and borrowings and the income from loans and other investments – rose by a marginal 5.0 percent to Rs.2.97 billion over the same period last year.

The marginal increase in the NII could be attributed to the weak growth in new loans which is capable of generating new interest income and the falling yields of the gilts which had a bearing on the yield from the bank’s liquid asset portfolio. This also caused the commission incomes also to narrow by 4.0 percent on year to Rs.707.8 million as a larger segment of the fee incomes are connected to the credit. The bank had a loan book of Rs. 110.3 billion as of June 30, down from Rs. 113.5 billion in the beginning of the year.

Deposits too contracted marginally to Rs 117.8 billion. Meanwhile the net interest margin fell to 3.94% from 4.37% at the start of the year as the transmission of the monetary policy easing in to market interest rates took longer than expected. This NIM still remains among the highest in the banking industry.

However the bank expects the margins to improve and the loan growth to pick up during the second half, and more specifically from the final quarter of the year once the recent monetary policy adjustments transmitted fully in to the real economy.

The Central Bank imposed deposit caps in end April and cut key policy rates by 50 basis points in May to signal the banks that the economy desires lower rates, particularly the lending rates to stimulate the slow economy. Therefore Pan Asia Bank stands geared to meet the demand for new loans in the ensuing period as it is in the process of bolstering its capital base and liquidity which will also provide some wiggle room for the bank to expand its risk weighted assets with adequate capital buffers in place.

January 25, 2020 bythemorninglk No Comments
Here’s what to pay attention to in the new year for AI, according to Senior Product Marketing Director – Emerging Tech at Oracle Emma Hitzke.

July 31, 2019 byCharindra No Comments
PickMe announced today that it has acquired Yamu, the popular website/app for informative details on wining and dining.