Army to recall officer in Mali and file appeal

October 21, 2018 by themorninglk No Comments 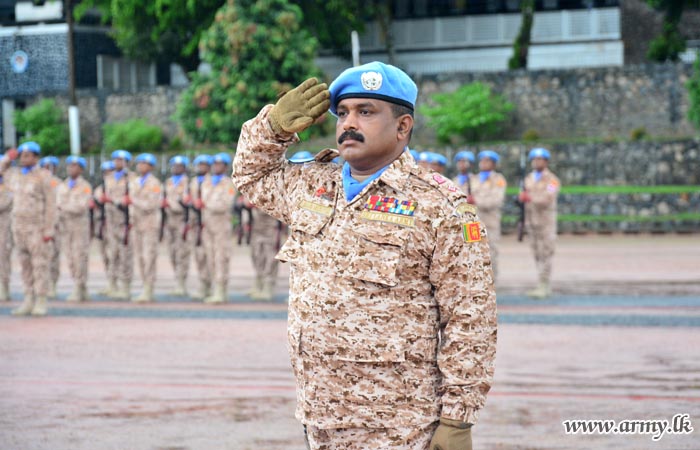 The Army is to recall a military officer stationed in Mali following a UN demand but will later appeal against the order.

Following a review of the human rights background of the commander of the Sri Lankan contingent deployed to the UN Peacekeeping Mission in Mali, the United Nations Multidimensional Integrated Stabilization Mission in Mali (MINUSMA) has requested Sri Lanka to immediately repatriate him to Sri Lanka.

UN Spokesman Stephane Dujarric said that this would be done at their cost, as per normal procedures.
Lieutenant Colonel Kalana Amunupure commands the Sri Lankan contingent in Mali with Major Hasantha Hennadi as his second-in-command.

Army Spokesman Brigadier Sumith Atapattu told The Sunday Morning the Army would recall Lieutenant Colonel Kalana Amunupure as a mark of respect to the order issued by the UN.

However, he insisted that the allegations against Lieutenant Colonel Kalana Amunupure were baseless and that the Army would file an appeal with the UN.

Lieutenant Colonel Kalana Amunupure was accused of being involved in human rights abuses during the war in Sri Lanka.

No May Day rallies

April 28, 2019 bythemorninglk No Comments
May Day Rallies of political parties have been cancelled following the Easter Sunday terror attacks.

December 18, 2019 byTSM Web Desk No Comments
Q branch police have detained six Sri Lankan Tamils, including a 10-year-old boy, when they attempted to flee to Sri Lanka from Danushkodi in an illegal ferry.