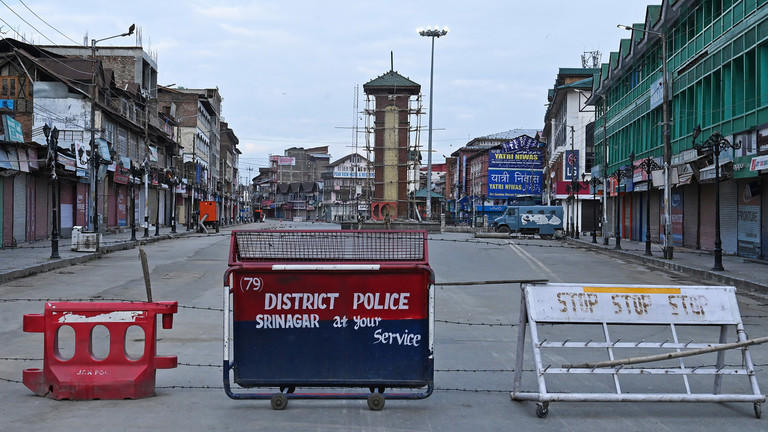 Pakistan has called on the UN Security Council members to address the “aggressive actions” of India after New Delhi scrapped Kashmir’s autonomy and initiated a curfew in parts of the region.

Earlier this month, India revoked the decades-old self-governing status of Kashmir. The authorities insist the change will help combat terrorism and better integrate the region into the rest of the country. Fearing outbreaks of violence, India imposed a curfew in parts of Kashmir, promising to phase out the restrictions in the future.

Islamabad, which considers the whole of Kashmir its territory, strongly opposes the move. Prime Minister Imran Khan has warned that India’s policies will lead to violence if the international community fails to intervene.

“Pakistan will not provoke a conflict. But India should not mistake our restraint for weakness,”Qureshi told the UN Security Council members. The diplomat said Pakistan will retaliate if India “chooses to resort again to the use of force.”

The bitter rivals nearly went to war with each other in February. Cross-border shelling and open aerial combat took place, prompted by an air raid into Pakistan, targeting what India said were camps of a militant group that carried out terrorist attacks on its soil.

February 18, 2020 byTSM Web Desk No Comments
A document that appears to give the most powerful insight yet into how China determined the fate of hundreds of thousands of Muslims held in a network of internment camps has been seen by the BBC.

China orders closure of US consulate in Chengdu

July 24, 2020 byTSM Web Desk No Comments
China has ordered the United States to close its consulate in the southwestern city of Chengdu, retaliating against Washington's move earlier this week to shut down the Chinese consulate in the city o