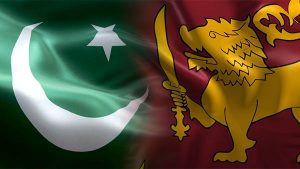 The Pakistani High Commission in Sri Lanka has issued a press release stating that the suspension of trade links between Pakistan and Sri Lanka due to civil unrest is false.

The news item titled “Pakistan’s trade with Sri Lanka Comes to a halt” which appeared in The Express Tribune of Pakistan on 20 May 2019 is fake news.

Having seen the said disturbing News Item, which is absolutely untrue and incorrect, the High Commission made an attempt to ascertain it’s veracity from the newspaper concerned and the Office of the Consul General of Sri Lanka in Karachi, which mainly deals with corporate and commercial matters. The Consulate thereupon made inquiries swiftly and informed the High Commission that it contacted the person who was purported to have given a statement to the said newspaper.

Aslam Pakhali, to whom the statement in the said news item was attributed had been contacted by the Consulate and it transpired that Pakhali had not made such statement or provided any such information to the newspaper as reported. Further, he confirmed that he had neither met the High Commissioner of Sri Lanka nor did he lead a delegation as was reported.

The High Commissioner thereupon wrote to the editor of The Express Tribune and expressed his dismay and dissatisfaction over the fake news and demanded a correction thereof.

The High Commission emphatically states that no person by the name of Aslam Pakhali referred to in the said news item, met the High Commissioner or the Consulate General as reported. The said fake news item has been published without proper verification of the facts contained therein.

May 12, 2019 byRandev No Comments
It has been reported that due to a tense situation in Chilaw, the Police curfew has been imposed in the area, with immediate effect.