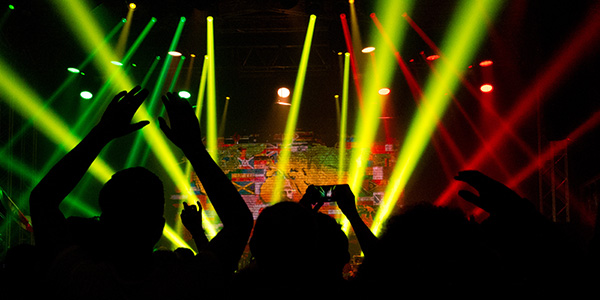 There is a troubling rise in drug use within the island, coincident to the augmenting nightlife more commonly prevalent in the southern belt and the western province.

The National Dangerous Drugs Control Board’s most recent research focuses on the nature and prevalence of drug use in nightclubs and beach parties in Colombo and suburbs.

The research findings, to be published this year, has revealed and categorised certain drugs which fall within the sphere of ‘party drugs’, which is inclusive of drugs that are associated with the dance and party culture; Amphetamine, Methamphetamine, Ecstasy, Cocaine, Ketamine – Special K, HGB and Volatile Nitrites.

However, it is difficult to separately identify party drugs from street drugs as there are certain overlaps; for example, Ecstasy, which is primarily a party drug used in high-end clubs, is occasionally available as a street drug as well.

As for the reasoning behind what spurs on the tendency to use drugs, the research revealed that there are varying reasons why the youth turn to drugs; the most common reason being peer pressure and other reasons including curiosity and for purposes of self-medication.

However, what drug users often do not realise are the varying degrees of harmful effects these drugs have on one’s person, both in the short term and long term.

There are a multitude of side effects to recreational drug use; depression, anxiety, cardiac disorders, headaches, weight loss, malnutrition, high blood pressure, weakening of immune system and many others.

With regards to the preferred drugs amongst nightclub goers, it was revealed that the more popular ones include Ecstasy, Amphetamines and LSD; despite this, however, Ecstasy proved to be the most popular option.

Often referred to as the ‘pill’, Ecstasy is habitually brought by the nightclub-goers themselves to the club, the reason being that clubs often sell it for exuberant prices and at times they encounter drugs that are ‘watered down’ or some that are fake.

Mel Medura is the Sumithrayo Drug Demand Reduction Programme which was started in 1984 in response to the grave realisation that over 30% of suicides in Sri Lanka are linked to alcohol and drug addiction.

Jomo Uduman, Honorary Director of Mel Medura said, “Ecstasy is not a cheap drug, costing around Rs.3000 per tablet and those who frequently use Ecstasy often do it at nightclubs or house parties; it is a high society drug which has now trickled down to the other strata of drug users as well.”

It has been revealed that the reasoning behind the preference for Ecstasy amongst users can be categorised as follows; the feeling of euphoria, empathy, increased energy and mild hallucinations. It is popular amongst those who frequent raves and dance parties.

The drug floods the brain with the neurotransmitters, serotonin, norepinephrine and dopamine, making the users feel boosts of energy.

Many Ecstasy users have said that it allows them to “stay happy throughout the day”, “forget all problems”, “dance really well”, and “experience something different”.

However, combining MDMA (Ecstasy) with alcohol or other substances can cause seizures, hyperthermia, comas and cardiac arrest. MDMA can also deplete the body of neurotransmitters, which can lead to depression a day or two after abusing the drug.

The research revealed that most drug users have varying justifications for their continued drug use and more often than not, they are misperceptions; for example, there is a widespread belief that Ecstasy is a safe drug, which has led to a thriving illicit trafficking of it.

Jomo Uduman further provided that those who use Ecstasy often experience a considerable energy drain once the drug’s effects run out, therefore he doesn’t see it as something people will use daily; however, he said that cocaine, which is far more addictive, is making its rounds as of recent and it can certainly be something abused by users daily and it is also highly expensive (Rs. 10 000 – 15 000).

The research by the National Dangerous Drugs Control Board concludes by stating that there must be a collective effort in dealing with ‘party drug use’ and there is a major role to be played by the police, educational professionals, medical professionals and civil societies.

April 20, 2020 byJennifer No Comments
Letterform Archive, a non-profit museum and special collections library in California, US, has made available their efforts to digitise thousands of years of typographical artifacts to the public.

When kindness is misconstrued

June 30, 2019 bythemorninglk No Comments
“Love and kindness are never wasted. They always make a difference”