With serious concerns raised over the recent irregularities with PCR test results, the Ministry of Health said that the sensitivity of a PCR test carried out at a local laboratory stood at around 70%, which means the remaining 30% could either be false negatives or positives. 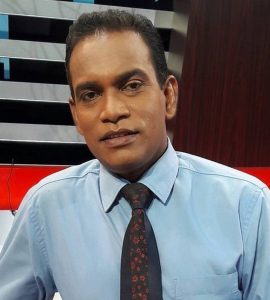 Ministry of Health Spokesman Dr. Jayaruwan Bandara stressed that the sensitivity of a test carried out at a local laboratory was dependent on various conditions including the method applied to take the necessary sample and whether the sample was taken from the right place in the nose (whether the swab reached the necessary depth) or the patient had developed antibodies and killed the virus naturally.

“A false positive or negative test result could be due to one particular reason or several reasons,” he told The Sunday Morning.

The irregularities of test results, specifically positive cases turning out to be negative later on, has aroused much curiosity among the general public with regard to the credibility of the tests conducted, as well as the ability of containing the virus based on the tests conducted at local laboratories.

Dr. Bandara also explained that if a person tests positive for the virus and later on tests negative, it means the individual has developed antibodies and has overcome the virus naturally.

“Similarly, if a person tested negative today, they can be tested positive tomorrow,” he added.

When asked whether there is a possibility of positive cases moving freely within society due to the faulty tests, Dr. Bandara stated that there was a possibility, but as tests were mostly carried out based on contact tracing and if the suspected case was a first or second contact of an already positive case, follow-up tests would be conducted.

However, contrary to what Dr. Bandara said, medical laboratory technicians (MLTs) alleged that most faulty test results were basically due to the faulty procedures followed in laboratories. 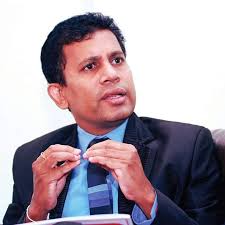 Urging the Ministry of Health to reveal the names of the laboratories that had so far given faulty test results, Sri Lanka Association of Government Medical Laboratory Technologists (SLGMLT) President Ravi Kumudesh stressed that most of these faulty tests had been conducted in laboratories of private hospitals.

Kumudesh stressed that government laboratories have the capacity to conduct 10,000 PCR tests per day.

According to him, the current testing system is traditional and it should be improved, and serum tests, antigen, and antibody tests should be conducted within the country to identify the sources and the intensity of the spread of the virus within society.

When queried by The Sunday Morning as to who decides if a test should be carried out at a private lab or government lab, Dr. Bandara noted that the decision was made by the Epidemiology Unit and that the Ministry of Health was not sending samples to private hospitals to carry out the tests.

When tourists arrive in the country: No quarantine, only PCR tests

June 2, 2020 byTSM Web Desk No Comments
No quarantine procedures will be followed for tourists arriving in the country, but rigorous PCR testing is to be carried out before and after their arrival.