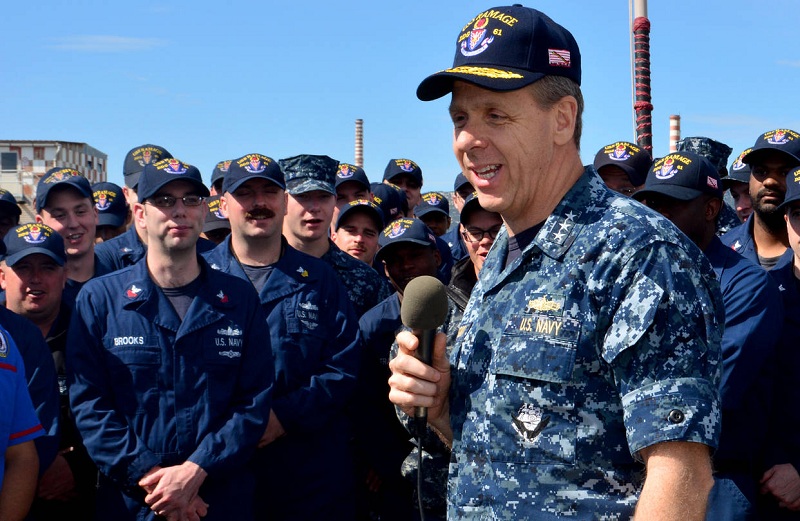 Amid the increasing Chinese influence over the strategically important Indo-Pacific region, a top Pentagon commander has advocated sustained US engagement with Sri Lanka, despite the political and ethnic turmoil in the island nation, posing a challenge to their ties, the Press Trust of India reported.

“The political turmoil and ethnic tension between the Tamil and Sinhalese populations, however, remain drivers of instability and potential obstacles to continued growth in our partnership,” he deposed.

Moreover, Sri Lanka has handed over the deep water port of Hambantota to China on a 99-year lease due to its mounting debts to China, which has caused international concern, he said.

Despite the political upheaval, it is in America’s interests to continue military collaboration and cooperation with Sri Lankan Forces, he added.

Increasing navy-to-navy engagement with Sri Lanka will be a USINDOPACOM focus in 2019, he added.

Davidson said the Sri Lankan Navy is a well-trained and professional force with the potential to contribute to multi-lateral maritime interoperability in the Indian Ocean.

The recent transfer of an excess US Coast Guard cutter to Sri Lanka in August 2018, along with additional platforms from Japan and India, provide the Sri Lankan Navy greater capabilities to contribute to regional maritime domain awareness initiatives, he said.

“Going forward, it is necessary to sustain engagement with Sri Lanka, particularly the navy, and construct a multi-lateral approach to capacity building with like-minded partners to rapidly enhance the Sri Lankan Navy’s capabilities,” Davidson said.

According to the top Pentagon Commander, Beijing is exploiting growing debt burdens to access strategic infrastructure in the region.

In December 2017, Sri Lanka handed over control of the newly-built Hambantota seaport to Beijing with a 99-year lease because Sri Lanka could no longer afford its debt payments to China, he added. (Colombo Gazette)

Japan grants 1.4 mn to UNFPA to improve access to health information for public

April 25, 2019 byEaswaran No Comments
A minor explosion occurred in a garbage dump behind the Pugoda Court premises today.