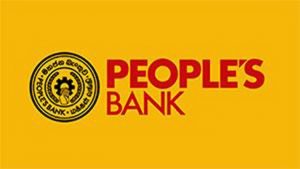 People’s Bank (PB) celebrated its 58th anniversary on 01st July 2019 and to coincide with the milestone the Bank has launched a new campaign focusing on children born within the period of July to September. The Bank will present a gift voucher worth Rs 1,000/- to each and every newborn, a PB press release stated.

This initiative was first launched in 1998, and has been an annual event ever since. In addition to this promotional campaign, People’s Bank conducts a similar scheme every year during the first week of February celebrating Sri Lanka’s independence. Mrs. S. W. A. D. S. Kalyani – Acting Deputy General Manager – Retail Banking at People’s Bank, explained the benefits of Isuru Udana in detail.

As a pioneer and the market leader of the minor account segment, Isuru Udana account launched a new deposit campaign on 01st of July which will continue up to 30th September 2019. To empower the concept of “Account for All Children” bank introduced a special gift voucher worth of Rs 1000/= for all newborns. During the campaign period parents can visit the nearest branch and open an Isuru Udana account by submitting the gift voucher. There is a three months’ validity period for opening an account with this specially designed gift voucher. In addition to this new promotional campaign, bank already contributes an initial deposit of Rs. 250/- to every newly opened children’s savings account.

“Isuru Udana” account is the wisest gift parents can ever present their own child. It is a solid foundation which grows through their life. Inculcating the savings habit among the children is the main purpose of this campaign. As a government bank it is our prime duty to facilitate means of securing a bright future for children. Bank introduced an attractive gift scheme as a motivational toolfor children to save money.

An Isuru Udana savings account is automatically transferred to a Sisu Udana Account when the child is Five years old. Gift Scheme of Sisu Udana is different from that of Isuru Udana and was specially designed based on the age preferences and assistance to school requirements.               Bank has introduced School savings counters which motivates children to save and have banking experiences of their own. Keeping in mind that Technology plays a major role in modern society we have pioneered technological innovations such as mini cash deposit machines. As a pilot project we have introduced that technology to two schools and are in the process of covering all the districts.

To provide the assistance and encourage the students to excel in education, Bank has introduced scholarship programmes for Year 5 scholarship, O/L and A/L. And as a CSR initiative, a seminar programme is conducted annually for year 5 scholarship exams. Without considering the profits Bank conducts these programmes to provide a helping hand for children especially in rural areas

When the account holder is 18 years old, Sisu Udana account is automatically converted to an YES account, and then Jana Jaya and Parinatha in accordance with the age. As ‘’the Bank of the People”, we have tapped into all the requirements of customers of every age and we provide solutions for all financial matters. New Digital revolution in the Bank provides convenient banking experiences to all customers. Peoples Wave, Peoples Wiz, Internet Banking are such newly introduced facilities. Than in making profits, Bank is always more concerned in contributing to the wellbeing of the society.

Fuel prices to go up?

September 8, 2019 byThe Sunday Morning No Comments
With the monthly fuel price revision under the fuel price formula scheduled for Tuesday (10), the international petroleum prices are hovering around the same level they were during the last fuel price

August 19, 2020 byCharindra No Comments
Ali Asghar (Asgi) Akbarally has been appointed as Chairman of the Board of Directors of Amãna Bank upon the retirement of the bank’s Founder Chairman Osman Kassim.