Peru’s former president kills himself ahead of arrest 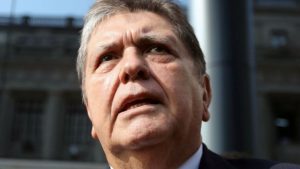 Former Peruvian President Alan García has died after shooting himself as police arrived at his home to arrest him over bribery allegations.

Mr García was rushed to hospital in the capital, Lima. His death was confirmed by current President Martín Vizcarra.

A crowd of supporters gathered outside the hospital building and were held back by a line of police officers.

November 6, 2019 byTSM Web Desk No Comments
US Democrats have made gains in state elections, in what is being seen as a blow to President Donald Trump.