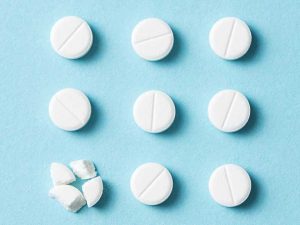 Sri Lankan authorities are on alert for contaminated Metformin after some countries began to remove stocks from the shelves.

The National Medicines Regulatory Authority (NMRA) said it would inform local suppliers registered with the authority to provide a test certificate to prove that their products were free from the alleged chemical linked to cancer.

The move comes after the US Food and Drug Administration (FDA) began testing the widely used diabetes drug Metformin for a cancer-causing contaminant known as N-nitrosodimethylamine (NDMA).

Some Metformin brands sold in other countries were reported to contain low levels of the chemical, but the amount is within the naturally occurring range sometimes seen in food and water. The FDA is working to determine whether Metformin sold in the US market may be contaminated.

NMRA Chief Executive Officer (CEO) Dr. Kamal Jasinghe told The Sunday Morning that the concern was only about a certain brand.

“Metformin is the generic name and there are number of companies which produced Metformin under different brand names. Therefore, first the authority will check whether the same product is being imported to Sri Lanka,” he said adding that if there were registered companies which imports said brand, the authority would inform them to check whether the alleged chemical was included in its Active Pharmaceutical Ingratiates (APIs).

“We need a certificate from the suppliers confirming that the said chemical is not included in their APIs”, Dr, Jayasinghe explained.

He said that while the suspect brand was not currently being imported to Sri Lanka, other suppliers who import Metformin under different brand names would also be requested to provide a certificate assuring that their products are free from the controversial chemical.

Meanwhile, when contacted by The Sunday Morning, Director General of Health Dr. Anil Jasinghe said since there was no concrete evidence regarding the issue and the authority would keep in touch with the NMRA and Medical Suppliers Division (MSD) under the Health Ministry and decide on future steps to be taken on the drug.

July 6, 2020 byTSM Web Desk No Comments
The Department of Census and Statistics (DCS) is currently running online and on-ground surveys to determine the impact of Covid-19 on Sri Lanka’s economy under the industry, construction, trade, and