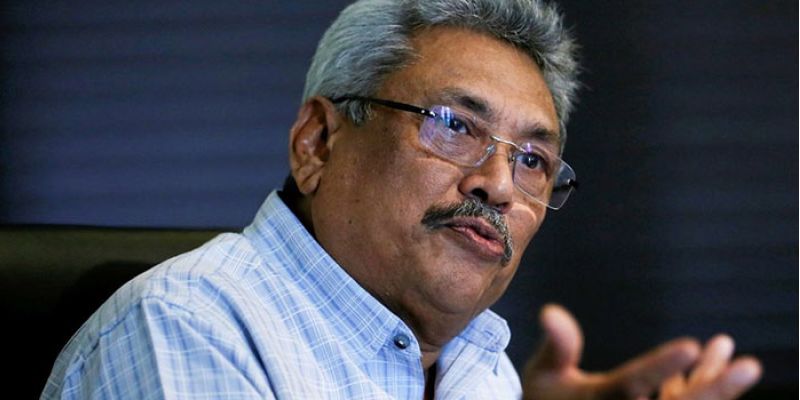 The IRS issues its “Quarterly Publication of Individuals, Who Have Chosen To Expatriate”, as required by Section 6039G of the Internal Revenue Code (IRC) of the Health Insurance Portability and Accountability Act (HIPPA) of 1996, as amended.

Last Thursday’s listing contains the names of each individual losing US citizenship (within the meaning of section 877[a] or 877A) with respect to whom the Secretary received information during the quarter ending 30 June 2019.

The expatriation tax provisions under Section 877 and Section 877A of the IRC apply to US citizens who have renounced their citizenship and long-term residents (as defined in IRC 877[e]) who have ended their US resident status for federal tax purposes.

The Spokesperson for Gotabaya Rajapaksa, Milinda Rajapaksha, in a commentary published on social media, dismissed the claim that Rajapaksa was still an American citizen and that his citizenship had not been revoked.

“However, Gotabaya Rajapaksa has stated that he received the Certificate of US Citizenship Revocation on 3 May, stipulating that his US citizenship had been suspended with effect from 17 April 2019. He then handed over his US passport to the US Embassy and obtained a Sri Lankan passport from the Department of Immigration and Emigration in order to travel to Singapore.”

Meanwhile, former Minister Milinda Moragoda had also said that although his US nationality was revoked in 2010, it took over a year for his name to be published in the US list. In addition, former Foreign Minister and Parliamentarian Dr. Sarath Amunugama said that non-publication was normal and it wasn’t an issue for Rajapaksa to contest the presidential polls.

NTJ, JMI assets to be seized

May 2, 2019 byRandev No Comments
Following the ban of the National Thawheed Jammath (NTJ) and Jamathei Millathu Ibraheem (JMI) groups, the assets owned by the two groups will be seized by the authorities.