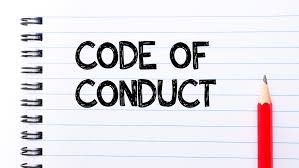 Parliamentarians are bound by the Code of Conduct, which sets out the parliamentary rules and regulations, but with all the incidents telecasted by the electronic media during the last years’ political turmoil in the country, questions were raised over the conduct of parliamentarians and highlighted the importance of having a watchdog to monitor their behaviour.

It is the public who elect these parliamentarians to represent them in Parliament and to take necessary decisions on behalf of them, but the people who elect these MPs are not happy with their conduct, and are left with no choice at elections, as the political parties continue to nominate the same set of MPs every four years.

United People’s Freedom Alliance (UPFA) Parliamentarian Dr. Sudharshani Fernandopulle highlighted that the decision to nominate good people solely relied on the party leaders, and therefore, the people should be mindful to elect only those who respect the general ethics and have some sort of proper education.

“Nowadays, the whole election mechanism is based on money and the people who can spend more money are being elected to Parliament. They sometimes lack proper education or they do not represent their voters in Parliament,” she stressed.

“I think there should be a proper mechanism to educate our children from their childhood on what exactly parliamentarians are and what sort of duty they should fulfil to their voters,” Dr. Fernandopulle noted.

“Politics should be included into the syllabus from childhood and they should be taught how the parliamentarians carry out their duties and how they should act,” she added.

In Sri Lanka, there is no right of recall system, which is that once you elect an MP, he or she would serve as an MP until his/her term is over. During that period the voter cannot expect the MP who was elected to Parliament to represent them and to act according to the wishes of his people. Dr. Fernandopulle urged that voters should pay more attention when they vote for certain individuals to represent them in Parliament.

Speaking to The Sunday Morning Janatha Vimukthi Peramuna (JVP) MP Sunil Handunnetti stressed: “Many people were not aware about the Code of Conduct and some secretaries to the ministries too were not yet aware of it. Since it was already approved in Parliament, the whole responsibility of monitoring whether the Code of Conduct was followed was in the hands of the secretaries to the ministries.”
He further noted that, they should overlook the appointments made to their official staff, as there was a provision that they couldn’t appoint their relatives as staff, as well as the way they should manage public properties.

Meanwhile, the United National Front (UNF) Parliamentarian Dr. Jayampathy Wickramaratne stressed that the Code of Conduct was one of the best introductions made by the present Parliament and it was implemented at present.

Referring to the incident when the Opposition MPs Prasanna Ranaweera and Wimal Weerawansa were suspended from Parliament, Dr. Wickremeratne stressed that the decision was made following a vote on a proposal made according to the new Code of Conduct of Parliament.

Highlighting the recent incident in Parliament, Dr. Wickramaratne said the report on the parliamentarian who violated the Code of Conduct during what transpired in Parliament in October had already been handed over to the Speaker and action would be taken against the wrongdoers in the future.

UPFA MP Dilum Amunugama noted that even though there should be certain developments that need to be included to the prevailing Code of Conduct, it was good to have such thing in Parliament.

Tamil National Alliance (TNA) MP R. Sampanthan told The Sunday Morning that as a parliamentarian and as the Leader of the TNA: “The conduct of the fellow members of parliament should definitely be improved. Additionally, if said members couldn’t improve upon their conduct on their own, they must be made to do so,” he added.


Use of public property by members and inducements

24. Every Member is personally responsible for ensuring that any expenses, facilities and services provided to them from public money is in accordance with the rules laid down on such matters. The Members shall also ensure that the use of any public resources by them is always in support of their parliamentary duties and it shall not confer any undue personal or financial benefit on such Members or anyone else or any political organisation.

25. No Member shall accept any form of inducement that may give rise to conflict of interest or influence his conduct as a Member, including any fee, compensation or reward in connection with the promotion of or opposition to any Bill, motion or other matter submitted or intended to be submitted to Parliament or any Committee thereof.

26. No Member shall engage in any paid lobbying, paid parliamentary advice or paid advocacy.

27. No Member shall use his position to seek or secure future employment, paid lobbying, consultancy work or other remuneration or benefit upon ceasing to be a Member.

28. Every Member shall represent the interests of his constituents on an equitable basis and not on the basis of any personal or political affiliation or inducement.

30. The members shall exercise civility and use appropriate language in political discourse and especially in Parliamentary debate.

31. No Member shall assault, harass or intimidate any person.

32. Every Member shall act in a manner that is respectful of his fellow Members and the Parliamentary Staff and people of the country with dignity, courtesy and without diminishing the dignity of the Parliament.

August 19, 2019 bythemorninglk No Comments
The topic of drug shortages has been in the mainstream news for many years, during successive administrations and trade union actions, but the problem still remains without far-reaching solutions.

A test of Sri Lanka’s preparedness

February 3, 2020 byMaheesha Mudugamuwa No Comments
With the new coronavirus being declared as a global emergency by the WHO on Thursday (30), local health workers raised fears over the acute shortage of necessary PPEs and lack of isolation rooms.