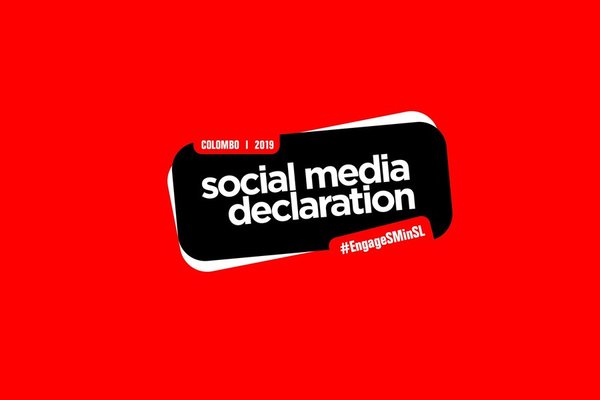 To be sure, social media is a mixed bag with many benefits as well as some problems. Because they are based on the principle of enabling user-generated content, these global platforms allow everybody a voice, without needing prior approval.

And precisely because there are no gatekeepers as in mainstream media, a few users end up misusing that freedom. The web’s entrenched facilities of anonymity and pseudonymity are cynically exploited by those who engage in excesses and abuses on social media.

By now, these misuses are fairly well documented. They include the spreading of hate speech and disinformation, and the cyber harassment of other users – a practice especially aimed at women and/or ethnic, religious, and sexual minorities online.

Such wrongdoers are a numerical minority on any platform, but they have a disproportionate effect in poisoning both private exchanges and public discourse. They undermine personal, societal, and democratic uses of social media.

As we have discussed in this column in recent weeks, tech companies are struggling to police their platforms while allowing the right to free speech (which does have limits defined by international law). Governments are under pressure to regulate user-generated content as well as platforms that allow their publication.

In this context, what can individual users of social media do to keep these vital spaces trustworthy, respectful, and safe?

Around the world, civic activists and researchers have been asking this question and coming up with their own ideas for self-regulating social media use.

Earlier this year, a dozen and a half such groups in Sri Lanka joined together to release a voluntary “Code of Conduct for Responsible Social Media Use”. Known as the Social Media Declaration (SMD for short), it is an initiative of the Centre for Policy Alternatives (CPA), through its citizen journalism platforms Vikalpa.org, Maatram.org, and Groundviews.org.

SMD recognises the importance of freedom of expression on social media, yet at the same time, encourages and strengthens the ethical, progressive, democratic, and pro-social uses of social media. Full text is available at: http://www.socialmedialanka.org.

The website notes: “Discussion on ‘social media’ has come under scrutiny within the present Sri Lankan context. The resulting discourse on freedom of speech and human rights has demonstrated that there is a lack of understanding of the nuanced and complex nature of social media, democracy, or freedom of expression, especially by those in decision-making positions.”

The voluntary Social Media Declaration is a civil society response to this need, intended to “create a guideline/declaration in this regard, and that it should come from within Sri Lankan media and civil society itself”.

“We need to have a serious dialogue among ourselves on how to use social media within an ethical framework. SMD is an attempt to place this dialogue within human rights, recognising that digital rights are very much human rights,” said Vikalpa.org Editor Sampath Samarakoon at the launch event in March.

SMD is introduced as an alternative to efforts, by legal or any other means, aimed at restricting human rights including the freedom of expression online. Hawks in the Government and the military never tire of demonising social media and calling for new regulations.

Its sponsors hope that SMD can also be a platform to “help interested stakeholders promote and protect a healthy conversational domain across social media platforms, encouraging a robust debate around ideas whilst maintaining a degree of respect for those whose opinions differ from one’s own”.

In other words, how can we remind over six million fellow citizens using social media in Sri Lanka the basics of democratic pluralism and civility – even when some are operating under assumed identities (which is their free choice)?

As Sanjana Hattotuwa, Senior Researcher with CPA currently engaged in doctoral research on social media, said at a video message sent for the launch: “We need to strengthen the public health of conversations online. This is a shared responsibility for all social media users.”

SMD’s signatories have pledged to minimise and eventually eradicate the generation and spread of the following across all social media platforms they are a part of:

•Discrimination based on race, religion, or caste

•Gender-based violence (including sexism, sexual violence, misogyny, the non-consensual dissemination of intimate images and videos), and other forms of discrimination against women

•Harassment based on sexual orientation or gender identity

•Violation of child rights and child exploitation, including child abuse and trafficking

This list, one short of a dozen, captures succinctly the unruly or ugly facets of social media misuse. Although they have manifested digitally on social media during the past decade, their roots lie firmly in the offline world. The online and offline can no longer be separated.

Whether we like it or not, social media is Lankan society writ large.

The idealism of SMD’s originators and promoters is admirable. As Law and Society Trust Executive Director Dr. Sakuntala Kadirgamar – one of SMD’s sponsors – noted at the launch: “In this day of fake news and when people from the highest political strata are discrediting the information that circulates, we must take this as the first step to developing a code of conduct for all users of social media.”

Yet, can voluntary codes of conduct succeed in a society such as ours that is deeply divided and polarised along ethnic, religious, political, and other lines?

CPA Executive Director Dr. Paikiasothy Saravanamuttu has no illusions about the challenges faced.

“With the launch of SMD, we are appealing to the better instincts of our fellow citizens to try to retain at least a semblance – if not a body – of mature media in this country. With regard to the Declaration, it can only be fulfilled by individual conscience and a sense of responsibility,” he said at the launch.

He added: “What we have tried to address is the maturity and responsibility with which we use social media to share news and information with fellow citizens on social media. Social media is the most dynamic and most prolific source of news that we have in Sri Lanka today.”

He recalled that CPA was also part of the original Colombo Declaration on Media Freedom and Social Responsibility adopted in 1998 by the Free Media Movement, the Editors’ Guild of Sri Lanka, and the Newspaper Society of Sri Lanka.

It had lofty aims of stepping up mainstream media’s self-regulation and professionalism while demanding that the State ensures an environment where media is free to operate.

Twenty years on, that glass is not even half full.

“We failed in ensuring that the Colombo Declaration was actually observed and practised among our print media. We have draconian laws and we have peer review organisations – but is the quality of our media any better?” Dr. Saravanamuttu asked.

The answer is clearly no – and that highlights the enormity of the task ahead for SMD, which concerns millions of social media users, each self-publishing and interacting with others in a ceaseless local and global cacophony.

Dr. Saravanamuttu summed up the road ahead: “The real work starts now in terms of ensuring that the SMD is fulfilled in practice and it’s not just another piece of paper. Let us make sure that whilst we may not succeed in full, we do not fail in full in upholding this declaration.”

(Disclosure: I was associated with some of the discussions that drafted SMD over a period of several months.)

October 6, 2019 byThe Sunday Morning No Comments
There is a new kingmaker in town on the national political stage.

National govt. in the making?

December 23, 2018 bythemorninglk No Comments
The end of the 51-day political coup has now brought about a new struggle. The struggle is for the United National Front (UNF) Government to work with President Maithripala Sirisena, who is calling th