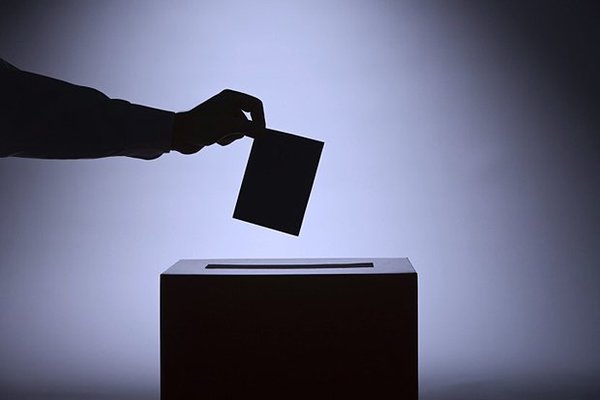 Last week, the Central Committee of the Sri Lanka Freedom Party (SLFP) passed a resolution calling for the President to inquire from the Supreme Court whether holding elections in eight provincial councils that are currently indefinitely postponed is possible.

It is clear that the message the SLFP members are trying to convey to the country is that they are opposed to the postponement of the election and hence, as a party, they are not linked to the decision of the postponement.

Nevertheless, it is a well-known fact that the SLFP is also part of the Government’s decision in postponing both local and provincial council elections. And we know for a fact that the postponement of both elections was initiated under the Coalition Government.

First of all, we felt that the need behind the postponement was to stop the country from realising that the SLFP’s voting base has plummeted, whereas the Sri Lanka Podujana Peramuna (SLPP) has attracted that voter base. Initially, the local government elections were postponed through the “technical tactic” of the Local Government (Amendment) Act as desired by the SLFP.

Finally, the election was held a year-and-a-half later on 10 February 2018 when the matter grew to the point where it was not possible to delay the elections any further.

As the second part of the same project, the provincial council (PC) elections are yet being postponed, once again making the excuse of the ongoing amendment to the Act.

The SLFP, following the termination of their agreement with the Unity Government, is now campaigning for PC elections. However, it now seems like the United National Party (UNP) is reluctant to go ahead with the PC elections.

Since the last local government election, the UNP has been behaving as if it was just unwise to test the public’s opinion until the next presidential election. Thus, at present, the Government is delaying the finalisation of the delimitation report as a mere excuse to postpone the elections of the eight provinces.

Now, the SLFP Central Committee has asked the President to look into the possibility of holding a provincial election through a presidential directive based on the stand that the process to amend the Provincial Councils Elections Act No. 17 of 2017 has failed due to the rejection of the delimitation report.

The same argument was raised previously by Chairman of the Election Commission Mahinda Deshapriya. In a letter addressed to the President in July last year, Mr. Deshapriya requested to inquire from the Supreme Court whether the President can call for the provincial council elections based on the mandate given to him by the Constitution, as the procedure of enacting the new provincial councils was in crisis.

As we know, Deshapriya is a person with a unique personality which earned him some recognition as the “saviour of democracy” during the last presidential election. However, despite having the ability to go to court directly on the matter, the fact that he waited until the end to make the request to the President creates doubt in some of our minds. We still recall how he did not hesitate to state that the Police could shoot anyone who violated election law during the 2015 Presidential Election.

One need not be an expert to understand that, while preaching about “good governance practices”, the current Government is taking a totally undemocratic path to rule the country, especially by trying to deprive the people of their fundamental right to vote. It is very clear that what is being done is nothing more than simply closing down the electoral map so that the public doesn’t get the opportunity to voice their opinions against the Government.

Not new to us

It is also important to note that a special Supreme Court verdict in relation to this matter of elections was delivered by Justice Mark Fernando in 1998. The verdict in suit was filed by Varuna Karunathilaka and Sunanda Deshapriya (brother of the Mahinda Deshapriya), and Judge Fernando said that the provincial council elections had to be considered as it was the right of the voters in that province to express their opinion on the government of that particular province.

Also mentioned in the same verdict: “There is also no doubt that ‘speech and expression’ can take many forms besides the verbal. On the other hand, the Supreme Court decision stated that a voter should understand that voting for a candidate is an expression of consent. In other words, whether expressed directly to the candidates themselves or to other voters would clearly be within the scope of ‘speech and expression’.”

In this situation, there is nothing wrong with saying that the present Government, while on one hand is pretending to promote good governance and the rule of law, is on the other hand making a serious anti-democratic move to impede the right of the people to express their views.

Another crucial point to note here is that the UNP, SLFP, and TNA got together and defeated the delimitation report, which is a supplement to the Provincial Councils Elections Act No. 12 of 2017. This has created a constitutionally anarchic situation in which it is not possible to hold elections as per the old system, making the implementation of the new system impossible to defeat the delimitation report by a two-thirds (or above) parliamentary majority.

In my opinion, if by any chance history was to record that the provincial council system, which was implemented by the UNP by sacrificing the lives of 60,000 people in the South, was completely destroyed at the hands of the UNP, SLFP, and TNA, directly resulting from their power-politics games, we will not testify any such harsh statement in our entire lifetime.

Now, the executive powers of the provincial councils are being exercised by governors as “agents of the President”, who are otherwise supposed to play a secondary role compared to the chief minister of the respective province.

This situation has not brought in much of a crisis at present because there are still a few educated governors among them. But if it persists, it is very important to keep in mind that in the future, there is a possibility of appointing nine seniors who lost their electorates as governors and continuing the current system.

(Dr. Charitha Herath is a Senior Lecturer at the Department of Philosophy, University of Peradeniya. The writer can be reached via Twitter on @charith9)

January 5, 2020 bythemorninglk No Comments
The Tamil National Alliance (TNA) is preparing to face old friends who have now come together to contest the next parliamentary election.

Artificial intelligence and the future of journalism