Load of cash on trash 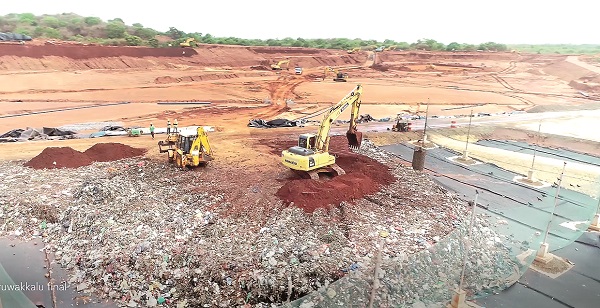 Despite the lack of attention given to the issue, solid waste management is one of the most critical problems facing municipalities throughout the country.

Challenges arise every day as citizens toss out more and more waste amidst the declining number of landfill sites available for use, the increase in regulations, as well as the cost of providing services. Financially and logistically, the management of solid waste has become ever more difficult.

Over the past years, the local government bodies around the country have spent millions of rupees to collect and dump the waste generated by city dwellers; the Colombo Municipal Council (CMC) especially spent an astonishing sum of money for disposing garbage at dumping sites situated in and outside city limits.

As revealed by the Ministry of Megapolis and Western Development last week, the CMC spent a total of Rs. 1,292 million for the disposal of waste from 2007 to 2016, excluding staff salaries. It was expected that it would have to spend over Rs. 1,050 million for the next seven months to transport garbage from Colombo to Aruwakkalu until a rail transport system is finalised.

The move to transport garbage to Aruwakkalu that commenced prematurely after dumping garbage at the Kerawalapitiya dumping site, which was used as a temporary alternative to address the garbage issue in Colombo after the Meethotamulla tragedy in 2017, was suspended as the site exceeded its limit.

According to statistics, the CMC paid a sum of Rs. 1,489 million to service providers to dispose garbage in Meethotamulla since 2009, and in addition to that, the Council also spent around Rs. 606 million as compensation for the affected families living around the dumping site.

Even though the CMC spent millions of rupees over the past years, it is evident that the Council has failed to find a sustainable solution to manage the waste issue in the city.

Until 2009, garbage collected by the CMC was dumped in Bloemendhal. Later, the Council began its operations to dump garbage to the Meethotamulla site until 2017.

However, soon after the tragedy, Sri Lanka Land Reclamation and Development Corporation (SLLRDC) took over the project to take garbage from Colombo to the Kerawalapitiya disposal centre where waste was allegedly segregated and sold to traders while solid waste was composted.

SLLRDC Chairman Roshan Gunawardena said the corporation allowed the CMC to dump garbage only for a period of one year, but even four months since the expiration of the contract for garbage dumping, the Council had continued to dump garbage.

According to CMC Municipal Commissioner Palitha Nanayakkara, the Council would have to send at least 20 tipper trucks per day where each tipper would contain 10 metric tonnes of garbage.

“The cost per tipper is around Rs. 100,000,” he said, adding that the CMC had to hire the tippers from outside as it did not have its own fleet to transport garbage.

Ministry of Megapolis and Western Development Secretary Eng. Nihal Rupasinghe said that transporting garbage collected by the CMC to the Aruwakkalu sanitary landfill site by road was a temporary measure to avoid crises.

He said the CMC would be waived of the “tipping fee” for disposing waste at the Aruwakkalu site until March next year, considering the high transport cost the CMC has to bear to transport garbage to Puttalam by road.

A tipping fee is a fee paid by anyone who disposes of waste in a landfill. Usually, this fee is based on the weight of the waste per tonne. This serves in helping with maintenance and other operating costs of a landfill.

The Secretary said the Cabinet appointed a committee headed by him to decide on a suitable tipping fee which would be imposed after March. The committee also comprises the Puttalam District Secretary, a Treasury official, and a CMC representative.

“We have met seven times now, but coming up with an engineering estimate for the purpose is difficult as some of the equipment is being used for the first time in the country. We can get a rough idea following trial runs in the coming weeks. The Cabinet also approved the handing over of the project’s operations to a company affiliated to the SLLRDC,” he said.

The Ministry awarded tenders for the purchase of four railway engines, 34 transporter wagons, and 94 containers to transport garbage by train. Rupasinghe said the construction of the Kelaniya Transmission Station was also progressing fast.

The entire project, costing Rs. 23 billion, has achieved 58% financial progress as at present, he added.

Meanwhile, calls for sustainable waste management by environmentalists have grown increasingly loud over the past year as they want the budget to be spent on sorting and recycling, just like many other countries around the world. But they claimed that their demands are falling on deaf ears.

When the Aruwakkalu project commenced, Minister of Megapolis and Western Development Patali Champika Ranawaka said garbage will be deposited in abandoned quarries from where limestone was extracted by the Cement Corporation some 20 years ago.

“The garbage will be deposited scientifically and as the first step, the garbage generated in the Puttalam District will be used before the garbage in Colombo is transferred to Puttalam,” he said.

However, since the beginning of the construction of the Aruwakkalu dumping site in Puttalam, protests sprouted in the region, claiming that the project was not a solution but a shifting of burden to others.

After the beginning of operations in the partially-built landfill, questions were raised by environmentalists over the way of depositing garbage.

Speaking to The Sunday Morning, Centre for Environmental Justice (CEJ) Executive Director Hemantha Withanage claimed the garbage was supposed to be deposited in the sanitary landfill as slabs and also to be compressed and removed of water before being deposited in the landfill. “But at present, it is highly doubtful that the previously assured process is followed by the authorities,” he alleged.

As explained by environmentalist Withanage, there should be proper policies in the country to enable small and medium companies to engage in the recycling business. Also, the end product responsibilities should be taken by the companies that manufactured polythene, plastics, and glass-related materials, he noted.

Further, the citizens of this country should take the responsibility of the waste that they are producing, he added.

Environment Conservation Trust (ECT) Director Sajeewa Chamikara told The Sunday Morning that the country could have built a proper recycling plant from the money it spent on dumping garbage elsewhere.

Meanwhile, Central Environmental Authority (CEA) Waste Management Unit Director Sarojini Jayasekara noted that the project was being implemented under 147 conditions laid out by the CEA. She reiterated that the CEA was closely monitoring the solid waste transportation and disposal processes as at present.

Instructions have been given to properly cover the garbage trucks and to spray odour control chemicals before transporting them to Puttalam by trucks, she said.

Most people want their waste to go away, to never be seen again. Fortunately, the councils can make that happen. But the reality is that the cost of getting rid of garbage and its stench is getting more expensive and harmful to the environment.

Facelift time for the UNP

November 19, 2018 bythemorninglk No Comments
Despite the United National Party (UNP) Leader Ranil Wickremesinghe’s repeated assertions that there were no issues pertaining to the Party’s leadership, The Sunday Morning learnt that...

May 20, 2019 bythemorninglk No Comments
The news everywhere is bad; I know. Sri Lanka is burning again. Is Hanuman back here?
Sometimes, I don’t know if I am living in the times of Ramayana or not – too much intrigue, too much angst