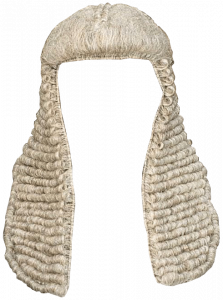 The appointments of President’s Counsels (PCs) stirred much controversy after President Maithripala Sirisena’s move to appoint over 75 counsels since last March.

In an effort to take action against the unregulated motions carried out by the President, Attorney-at-Law Upul Kumarapperuma filed a fundamental rights (FR) petition on 26 June at the Supreme Court.

In the petition, Kumarapperuma stated that the Bar Association of Sri Lanka (BASL) introduced a set of guidelines for appointing PCs in April 2016. Meanwhile, Article 33(2)(e) of the Constitution states that to appoint those eligible to be President’s Counsels, they should be “attorneys-at-law who have reached eminence in the profession and have maintained high standards of conduct and professional rectitude”.

The guidelines drawn by the BASL are of the objective of “conferment of President’s Counsel status by the President of the Republic of Sri Lanka in recognition of excellence in the legal profession through advocacy in original and higher courts of the country and in recognition of (their) contribution to the development of the law and jurisprudence”.

In 2018, President Sirisena called upon nominations for PCs with a new set of criteria for applications, which lists: “(a) 25 years of experience in the profession; (b) Reached eminence in the profession; (c) Maintained high standards of conduct and professional rectitude; (d) Not been subject to any disciplinary inquiry by the Supreme Court; and (e) Proper reputation and proper knowledge and aptitude in the law”. This invitation for application was also referred to by Kumarapperuma as P7.

This practice was criticised by the petitioner. “As such, the petitioner states that His Excellency the President himself has thought it fit to stipulate certain criteria in considering applications to be appointed a President’s Counsel. Kumarapperuma raised concerns over the President not following proper criteria, adding: “President’s Counsels should not be appointed merely (based) on the recommendations of the Cabinet Minister or Members of Parliament or other irrelevant considerations.”

He further mentions in the petition that there is no transparent procedure for members of the BASL to decide whether they are entitled to apply for the “silk”.

“A study of the appointments since the year 2017 clearly demonstrates that even the criteria previously used, taking into consideration convention and customs in the legal profession, have not been followed by his Excellency the President,” Kumarapperuma states in the petition.

He further expressed his distress, noting that irresponsible appointments bring serious injustice to the members of the official bar since, as a practice, an officer of the Attorney General’s Department would be appointed as President’s Counsel only after being appointed as an Additional Solicitor General and that the President himself had not followed the criteria which is stipulated in the document “P7”.

Further clarifying matters, President’s Counsel Chandana Liyanapatabendi said: “There was a concern among the local bar that the President was not appointing senior attorneys as counsels; the members questioned why eminent lawyers such as Ranjan Somaratne and Nalinda Indatissa were not selected as PCs.”

Origins of a counsel

Kumarapperuma also took the example of how other commonwealth jurisdictions, where “Queen’s Counsels” in England and Wales, “Senior Counsels” in Australia and Singapore, and “Senior Advocates” in India are appointed, carry out the appointment following a set of systematic appointment criteria, with the appointing authority of the jurisdictions being the Chief Justice or Executive.

He further stated that in all these instances, the appointments are considered by a review committee consisting of the Chief Justice, Attorney General, and a representative of the BASL.

According to Liyanapatabendi, the tradition was first introduced in the 1500s when the first King’s Attorney in England was appointed. “This position is a dynasty-guarded position. Only the most qualified barristers and advocates can hold this office,” he averred.

“Similarly, Sri Lanka as a British colony also had Queen’s Counsels up until 1978 when the Second Republican Constitution of Sri Lanka was ratified and the appointment of President’s Counsels was introduced by President J.R. Jayewardene. According to Article 33 of said Constitution, the incumbent president has the power to appoint eminent attorneys as counsels,” he further clarified.

As Liyanapatabendi explained, there are only a few benefits derived of being appointed as a “silk”.

President’s Counsel Chandana Liyanapatabendi stated that there was a written submission made by the Bar Association of Sri Lanka (BASL) in 2016, recommending criteria that should be taken into consideration when appointing “silks”.

The said submission was proposed as follows:

This proposal shall apply to the appointment of President’s Counsel in circumstances other than conferring such on account of a position a person holds in the Attorney General’s Department and the Legal Draftsmen Department.

1. Eligibility criteria for submitting an application

2. Submission of an application and timing

3. Selection panel and its recommendations

The President may in his discretion appoint President’s Counsel(s) every calendar year. It is recommended that all such appointments/awards take effect from and are announced on one day of the year.

B. Submission of an application and timing

The prospective applicants for the conferment of President’s Counsel shall make an application in writing, usually in the month of September, setting out succinctly the reasons as to why they consider themselves eligible for the conferment of the status of President’s Counsel. However, in respect of the year in which these guidelines are adopted, such timelines need not be applied. Applications may be made by attorneys-at-law who meet the eligibility criteria.

(ii) Demonstration of excellence in advocacy. Advocacy includes both written and oral advocacy before courts. The advocacy may be in written or oral form but must relate to developing and advancing a client’s or employer’s case or interests to secure the best outcome

(iv) Should be a taxpayer. If not a taxpayer, the applicant should provide reasons for same

There shall be a constituted selection panel which will consider the applications that have been received, on the invitation of the President.

The panel shall comprise:

3. The President of the BASL

The decision of the panel will preferably be made by consensus, and in making the decision, the panel shall also consider the following with respect to the applicants.

(i) Is the applicant an expert, has up-to-date legal knowledge, uses it accurately and relevantly, and becomes familiar with new areas of law quickly and reliably?

(ii) Has the person established productive working relationships with all stakeholders, including clients, judges, juniors, and peers, in furtherance of imparting justice?

(iii) Is the applicant honest and straightforward in professional dealings?

(iv) Has the applicant been responsible for the training of several juniors who have/are contributing to the profession in a meaningful manner?

September 29, 2019 byThe Sunday Morning No Comments
With the Government imposing a ban on regional plantation companies (RPC) on cultivating oil palm seeds for over 11 months, the companies are predicted to incur a loss of Rs. 400 million.