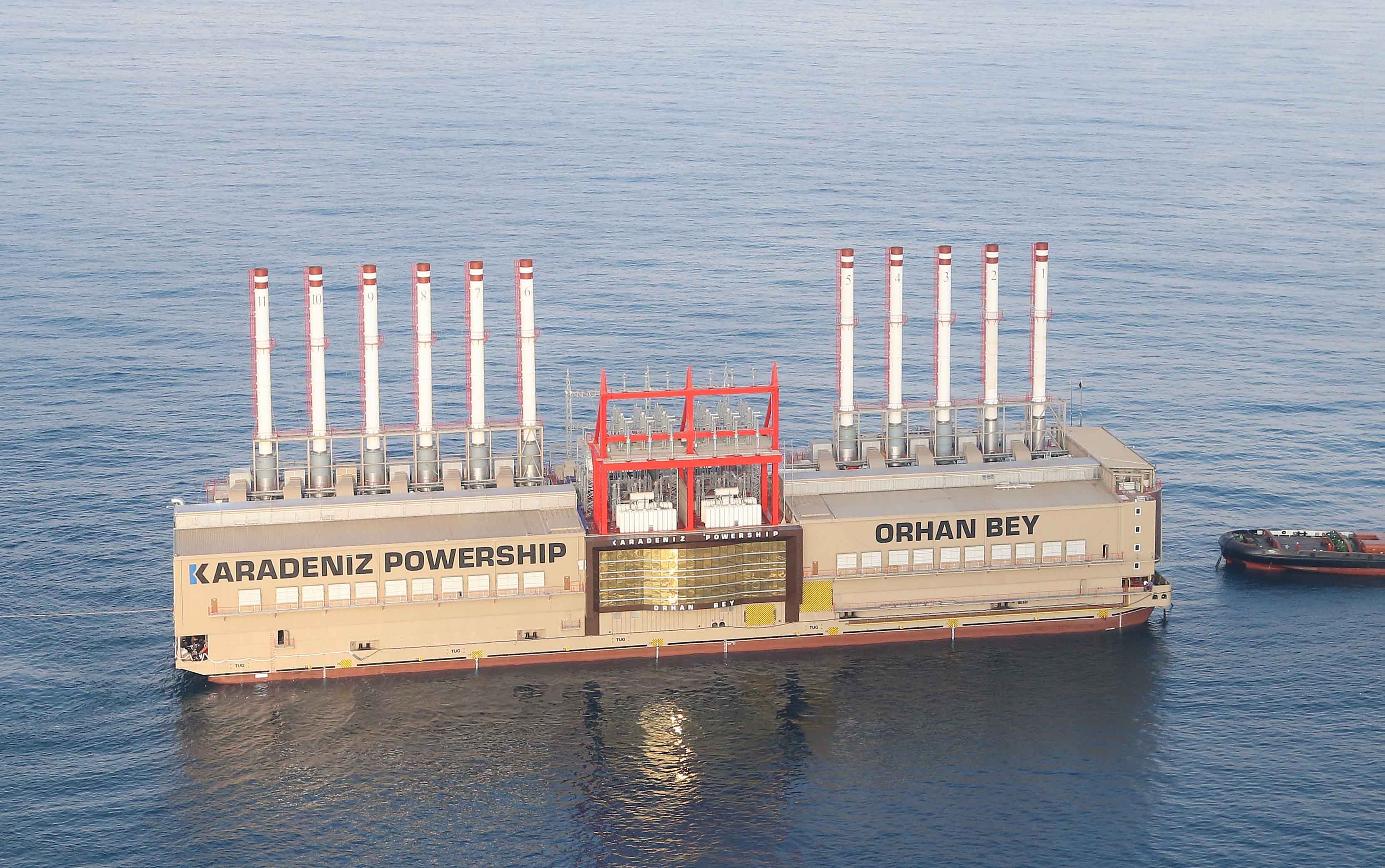 The heated debate continues on moves to secure powerships to add emergency power to the national grid. However, even if the proposal receives the green light, the requisite infrastructure is not in place, The Sunday Morning learnt.

Energy experts said even if the Ceylon Electricity Board (CEB) received the necessary approvals and signed the Power Purchase Agreements (PPA) with the Turkish company to secure 200 MW of barge-mounted power, infrastructure facilities are not in place at the proposed ports to connect electricity from the ships to the national grid. But after signing the agreements, the CEB would have to bear the cost, irrespective of whether electricity was added to the national grid or not.

When The Sunday Morning contacted Ministry of Power and Energy Spokesman and Director (Development) Sulakshana Jayawardena, he said the construction of infrastructure facilities was not yet commenced as the PPA was not signed between the two parties.

“Without a legal binding, they wouldn’t commence the construction of infrastructure facilities,” he said.

Jayawardena also said the infrastructure facilities had to be constructed by the Turkish company and that it would take only around three months for them to build the facilities including the transmission lines connecting the powership and the grid substation.

Meanwhile, speaking to The Sunday Morning, former CEB Engineers’ Union (CEBEU) President Eng. Athula Wanniarachchi stated that if the Government constructs infrastructure facilities, it will have to follow a long process which would take at least six months. Therefore, this agreement is advantageous for the country as the Turkish company holds the responsibility of constructing infrastructure facilities.

When contacted, Minister of Power and Energy Ravi Karunanayake also confirmed that the groundwork had already commenced for the barge-mounted powerships.

The decision taken by the Ministry to seek emergency power had been criticised by energy experts while some of them were of the opinion that the CEB had no other option but to purchase emergency power.

Speaking to The Sunday Morning, energy expert Dr. Priyantha Morapitiya said the approval of the PPA for the procurement of barge-mounted power on an emergency basis had been put on hold by the Attorney General’s (AG’s) Department and that the Department sought further clarifications from the CEB regarding the draft agreement.

Alleging that the crisis was artificially created to result in a business opportunity to earn billions, Dr. Morapitiya claimed an increase of the cost of a unit by Rs. 1 results in a total increase to a cost of Rs. 14 billion a year.

“At the moment, this agreement is put on hold by the AG’s Department which had requested the CEB to provide some information about this agreement, but to date, they haven’t provided the requested details,” he said.

Referring to a letter sent by a state counsel at the AG’s Department to the Chief Legal Officer of CEB, he highlighted the issues that was raised by the Department and requested clarifications from the CEB.

As the AG’s Department highlighted, the procurement had not been specifically approved as emergency procurement under Section 43 (4) (ii) of the Electricity (Amendment) Act No. 31 of 2013, and the determination of an “emergency situation” by the Cabinet of Ministers should only be done where there is a national calamity or a long-term forced outage of a major generation plant, Dr. Morapitiya said, adding that neither one of these two conditions was satisfied.

“A delay in commissioning power plants is not a valid reason and so it is not an urgent power purchase,” he said.

“None of the taxes have been included,” he said, adding that the agreement was disadvantageous because irrespective of whether the CEB did or did not purchase the energy, it had to pay the agreed amount.

An official of the Public Utilities Commission of Sri Lanka (PUCSL) said the CEB could only seek emergency power when there was an actual emergency, and the declaration of an emergency situation should be executed by the Cabinet.

“But right now, they are calling for emergency power for next year as well,” the PUCSL official said.

However, Eng. Wanniarachchi explained that even though emergency power was not the best solution for the power crisis, the CEB had to go ahead with the purchasing to avert any possible power cuts in the future.

In April, it was Minister Karunanayake who submitted a proposal to award a Turkish company the tender to provide electricity from two powerships – to be anchored at Galle Port and Colombo Port – claiming it was unlikely that the CEB could generate enough electricity required to meet the deficiency in such a short period of time.

On 28 April, the Cabinet granted approval for the recommendation of price changes by its decision dated on 30 April.

Campaigning for low-cost power plants, he stated that presently, the situation at the Norochcholai Power Plant was not ideal as a certain machine should be shut down for repairs, but the repairs keep getting delayed due to the shortage of power.

Meanwhile, questions have been raised over the numbers circulated regarding the power shortage.

The power shortfall as claimed by CEB engineers in January was around 300 MW. However, after purchasing 170 MW to end the power crisis that prevailed in the country in March, the engineers said there was still a deficiency of 200 MW.

However, the Ministry then sought and obtained approval for 400 MW from two barge-mounted powerships.

Succeeding the aforementioned PPA with the Turkish company, it planned to purchase another 500 MW of barge-mounted power. With the variations in the numbers issued by the Ministry and the CEB regarding the power shortfall, experts said it is difficult to determine the actual amount of power needed.

When queried, Eng. Wanniarachchi said the actual shortage was around 400 MW – accounted for the necessity of shutting down Norochcholai for repairs. Exempting the Norochcholai issue, the shortage was only 200 MW.

“The repairs for Norochcholai are a must, and they are planning to do them in September,” he said.

Explaining further, he said even if there was a 200 MW barge-mounted powership in Colombo, it was highly unlikely that it could connect to the grid as per transmission restrictions. However, a power shortage currently prevails in Galle, and 200 MW could certainly be added to the grid from there.

He told The Sunday Morning that the previous power generation plans were not implemented due to political interference, and as a result, the country was facing a huge power crisis.

As he explained, the cost of emergency power would have to be borne by consumers either in the form of an electricity tariff increment or indirect tax.

Small Hydro Power Developers Association (SHPDA) President Eng. Prabath Wickramasinghe said the reasons for delay differ from project to project. For instance, the Sampur Power Station project got delayed due to pressure from environment groups and political interferences. Projects like Uma Oya got delayed due to technical problems and social pressure. But most delays are caused by inefficient, slow progress. The will of the ruling Government to aggressively push these projects also contributes to timely completion. But this was not seen in the last five years.

Explaining why political leaders were willing to purchase emergency power, Eng. Wickramasinghe stated: “There is no political drive to encourage renewable energy in Sri Lanka. If the CEB was pushed to tender at least 100 MW of solar power and 100 MW of wind power every year, the present problem with the energy supply deficit would have been easily overcome. But if you look at the real situation, the CEB could only float four renewable energy tenders for solar and wind energy for approximately 150 MW of renewable energy during the last five years, which is a serious lapse from the political leadership as well as from utility officials.”

January 19, 2020 bySarah Hannan No Comments
A patient had taken to social media to vent their frustration over the cleanliness of the ward at the National Eye Hospital. The bed assigned to her was allegedly infested with bugs.