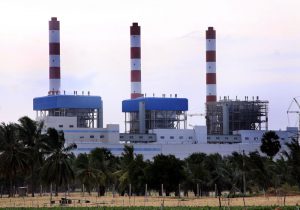 The country is currently facing one of the worst power shortages and the situation has now become worse, as the Ceylon Electricity Board (CEB) has failed to both increase the generation capacity as well as initiate the planned renewable energy generation projects, The Sunday Morning learnt.

A senior engineer attached to the CEB, who wished to remain anonymous, stressed that the country would have been experiencing periodic power cuts by now if it did not face last year’s Easter attacks and this year’s coronavirus pandemic.

As he explained, the power crisis was mainly due to the delay in commissioning already planned power plants and therefore, the only possible and cheaper way to generate base power is to install the Norochcholai Coal Power Plant extension which was scheduled to be completed by 2023.

However, questions have now been raised over the proposed third 300 MW coal power plant at Norochcholai as industry experts alleged that the handing over of the plant’s construction to a Chinese company was a violation of the Sri Lanka Electricity Act.

It has been claimed that the compulsory competitive bidding process stipulated in the Electricity Act for power plants of over 25 MW had been violated by the Government while handing over the construction of the coal power plant to China Machinery Engineering Corporation (CMEC).

Furthermore, the proposed plant was yet to obtain the Environmental Impact Assessment (EIA). There were also many technical difficulties including the issues pertaining to the transmission lines which were neglected by the present authorities.

Responding to the allegations, a senior CEB engineer told The Sunday Morning that in a situation like this, the CEB should go for the cheapest and easiest way of generating more electricity to meet the demand and therefore, the construction of an extension to the existing Norochcholai Coal Power Plant is the best option the country has at present.

“At the moment, we are conducting the EIA report and once it is completed, the construction would be launched,” he stressed.

“We have already tendered and the initial evaluations are being conducted by the financial consultants. The Attorney General’s (AG) Department would act as the legal consultants,” he stressed.

As claimed by a senior engineer at the CEB, there was no need to follow the competitive bidding process for an extension of an already existing power plant, adding that it would only further delay the construction of the power plants which has already been delayed by many years while putting the country into a serious power crisis.

Meanwhile, speaking to The Sunday Morning, CEB Chairman Eng. Vijitha Herath said the EIA and technical evaluation of the 300 MW power plant at Norochcholai were still being conducted and once the reports give the green light to the project, the CEB would go ahead.

Responding to the allegations levelled by former Minister Patali Champika Ranawaka, the CEB Chairman noted that the Government had not signed any agreement with the Chinese company for the construction and therefore nobody could comment on it until the EIA and technical evaluations were completed.

The new coal power plant first came into the limelight last year when then Minister of Power and Renewable Energy Ravi Karunanayake submitted a cabinet proposal seeking the approval of the Cabinet to authorise the CEB to construct a fourth unit with the capacity of 300 MW as an extension of the Norochcholai Coal Power Plant, using the same infrastructure in the same facility at the Lakvijaya Power Station in Puttalam.

It was proposed to request China to provide a concessionary loan facility directly to the CEB to meet 100% of the project cost to implement the project on a government-to-government basis. The proposal considered the fact that the existing three power plant units were also funded by China in accordance with the Memorandum of Understanding (MoU) signed between Sri Lanka and China on the comprehensive implementation of investment economic and technological co-operation on 4 July 2016 as well as the framework agreement between the two countries for the promotion of investment and economic co-operation signed on 16 May 2017.

Furthermore, in the cabinet paper submitted by then Minister Karunanayake, Cabinet approval had been sought to direct the Treasury to appoint a Cabinet-Appointed Negotiation Committee (CANC) and Technical Evaluation Committee (TEC) to evaluate the technical and commercial proposals of CMEC in order to make the recommendations to the Cabinet.

November 24, 2020 byMihi Perera No Comments
The National Operations Centre for Prevention of COVID-19 Outbreak (NOCPCO) stated that 1,039 police officers have been tested positive for COVID 19.

December 1, 2019 bythemorninglk No Comments
The new Government has not made a formal request to renegotiate the Hambantota Port deal, a top port management official told The Sunday Morning.