The Ministry of Plantation Industries’ plan to appoint a task force to monitor the regional plantation companies (RPC) is facing backlash by the RPCs, The Sunday Morning Business learns.

Sources at the Ministry of Plantation Industries told us that a 10-member task force to monitor RPCs would be set up by the end of this year. The proposal for same was proposed by subject Minister Navin Dissanayake and approved by the Cabinet of Ministers in mid-June. 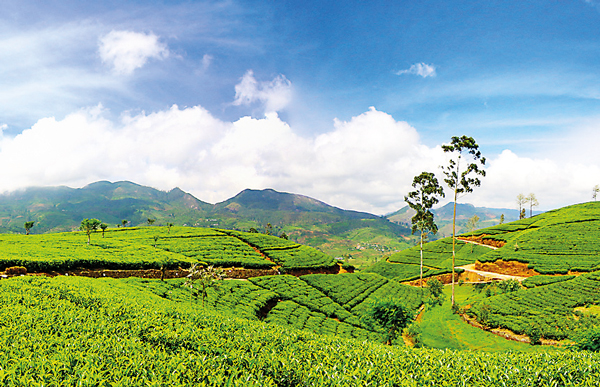 Speaking to The Sunday Morning Business, a senior planter, who wished to remain anonymous, noted that this move is completely unnecessary as the performance of RPCs is better than that of state-owned plantations.

Therefore, the Government should regulate their companies first, the planter noted, adding that there is already too much Government interference in RPC operations and that this task force will further affect the plantation companies’ independence.

Another industry veteran opined that this may be an attempt by the Government to control the plantation companies and if so, it runs counter to the spirit and purpose of private ownership.

However, when contacted, Planters’ Association of Ceylon (PA) Immediate Past President Sunil Poholiyadde opted to adopt a wait-and-see approach before reacting to this plan until specific details emerge as to the ambit of this task force.

According to the Ministry, the task force will come into effect from January 2020 for a period of three years and the force will inspect RPCs on a regular basis and recommend necessary practices that should be taken to maintain the sustainability of the plantation sector.

Sources noted that the decision of implementing the plantation task force was arrived at as the Government believes the performances of the RPCs are not up to the required level.

Further, the sources noted that the Ministry had been receiving constant complaints about poor management at RPCs, inadequate replanting processes, and the insufficient use of sand over the years. Therefore, this task force will review the day-to-day operations of RPCs and their cultivations and will recommend the best practices, which, if followed, would be beneficial to the RPCs, particularly in terms of finance.

Responding to this claim, a senior planter dismissed it, noting that replanting undertaken by the RPCs exceeded that of state-owned plantation companies.

The Sunday Morning Business learnt that the Ministry of Plantation Industries is currently in the process of preparing selection criteria to recruit industry experts and senior planters into this task force. The Ministry is also looking at ways of allocating funds for this initiative, as no funds have been allocated for this proposal under the Budget 2019.

Earlier this year, RPCs were embroiled in a wage crisis as the plantation sector workers requested their daily wages be increased to Rs. 1,000; the RPCs did not agree. It appeared, at the time, that the Government was leaning towards the demands of the workers due to the politically sensitive nature of the issue and also the demands of its coalition partners who represented the estate sector.

After weeks of negotiations, plantation sector workers’ unions reached an agreement with RPCs to increase their basic daily wage from Rs. 500 to Rs. 700, with several incentives including an additional Rs. 50 under the price share supplement (PSS).

Speaking to us earlier this year, the PA noted that the agreement entered into with the plantation workers would substantially impact the earnings of the plantation sector.

In 1995, the Government divested the shares of the RPCs to private sector management companies, while 19% of the shares were retained by the general public and estate employees. The RPCs were given lease agreements for 53 years for estates under their management.

October 12, 2019 byThe Sunday Morning No Comments
The Colombo Stock Exchange (CSE) in association with the Securities and Exchange Commission of Sri Lanka (SEC) joined 38 stock exchanges from around the world to “Ring the Bell for Financial Literacy”

May 18, 2020 byCharindra No Comments
The Colombo Chamber of Commerce has submitted a written appeal to the President for intervention to instruct banks to support the SME and MSME exporters with pre-shipment collateral free loans.