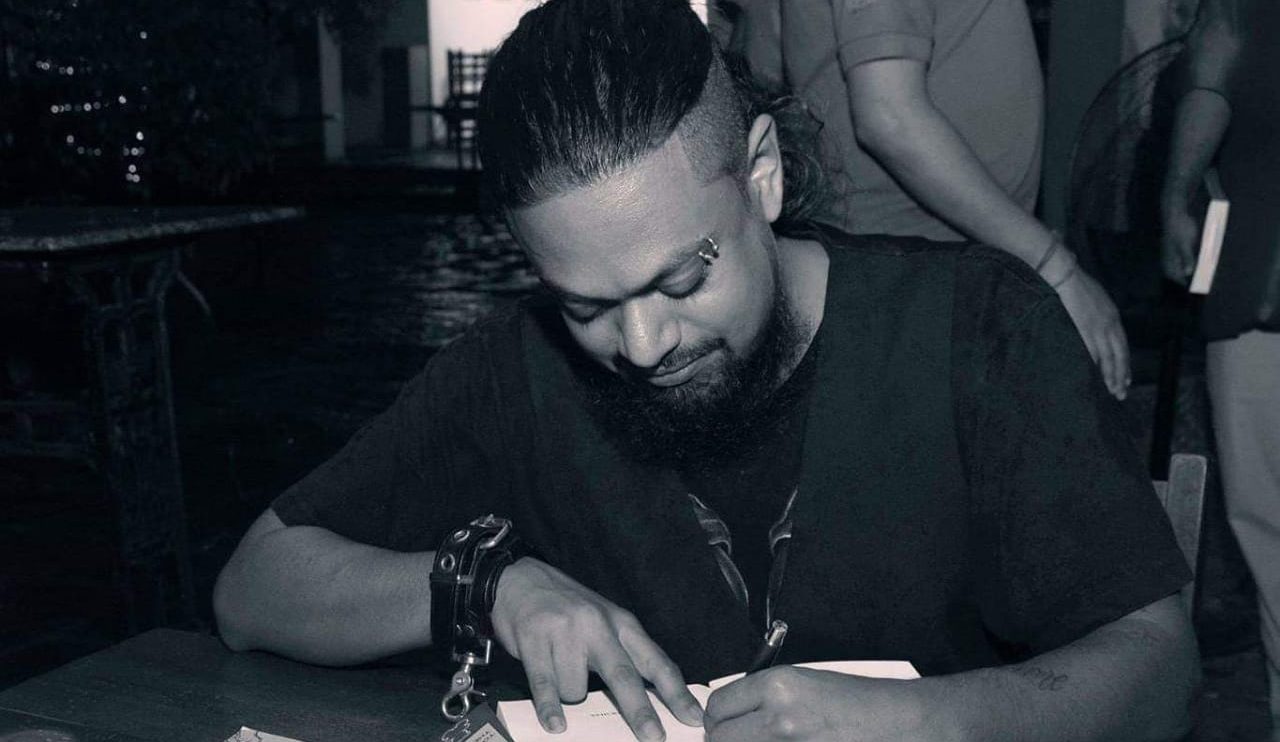 Religion. Politics. Two things that have been discussed, dissected, and delved into in the last couple of months in our freshly wounded island. Both are institutions mankind is theoretically asked to place faith in, yet both, it would seem at least by looking at history, have failed us time and time again.

“We need to be more cognisant and cautious as people, as a whole, to not place our faith solely in religion or politics as these two have throughout history caused so much damage, division, and devastation,” seconded Suresh de Silva, my victim of this week’s Brunch Talks.

De Silva is what I’d call a colourful soul. His way with words has always been intriguing and his personality is anything but ordinary. He is frontman, lyricist, and vocalist for local metal band “Stigmata” and author of two books – “From Chaos to Catharsis” and “The Eternal Dark: Requiem”. From Chaos to Catharsis is a collection of writing and literary works including poetry, prose, rants, and social media statuses, and a riveting work of short fiction. The Eternal Dark: Requiem is set in a Sri Lankan backdrop, merging history, romance, gothic horror, and shifting realities to weave an intricate tale.

In his fledgling years, de Silva was exposed to a lot of comics, cartoons, music, and movies, and from a young age, he loved books and stories. “It wasn’t long until my idiosyncratic personality married my bizarre sense of imagination and I started creating my own worlds and stories; first with art, then music, and that evolved into a lifeline nucleus.”

De Silva received his education at S. Thomas’ College, Mount Lavinia and in true only-child fashion, he found solace in the company of his imagination and creative abilities. Even as he described himself as having the spirit of rebellion in his DNA, he was keen to add that his upbringing was one where virtue and values were instilled in him.

“I was taught to experience life, to not be afraid to fail or fall as long as I always learned from them.” This resulted in him having a strong sense of loyalty and devotion to those closest to him. “To be compassionate and understanding without ever judging a tome for its cover. To respect others to gain their respect. To fight for that which I believe in. To never discriminate and polarise or penalise anyone based on nationality, race, heritage, and status.” 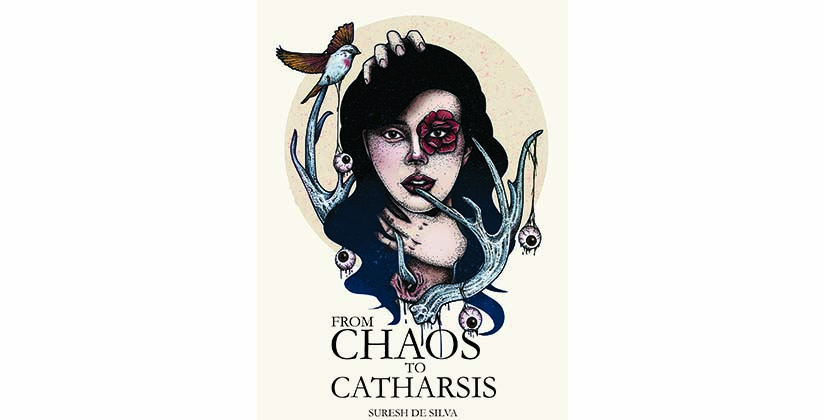 “Stories are sorcery right?,” he queried when asked about the power of the written word in peace-building and reconciliation, moving on to add that the world has built the fulcrum on which it stands with stories – stories that have touched minds and stirred hearts, stories that have been embedded in us.

“Right now, writers can be voices of rhyme and reason, be thought-provoking, and also I think we must do what we do best as writers – neither play devil nor God but to create, hopefully inspire, and offer an escape or a release from the trappings of a mundane, materialistic life.”

He clarified his train of thought saying that those who want to tackle reconciliation and peace-building directly and shed light on it should do that, and the ones who provide a gateway for people in troubled times to escape their travails should also do that. “There is no right or wrong here. We do what we can, when we can, the best way we know how. Solace or solution is subjective.”

When dealing with the subject matter of violence, gloom, and conflict in writing, some would say, writers could take on the additional responsibility of highlighting hope too.

According to de Silva, humanity has always had a fascination with the darker, more perturbing aspects of life. “We all have the proclivity and potential to do terrible things, but also to do wonderful things. It’s important to show the negative aspects or the iniquity of existence because people can relate to it.” As for happy endings and new beginnings, de Silva thinks we must first learn to face our hardships and storms.

“Hope is an empty well, we need to think, act, and be the change we wish to be; to be the water in that well. It’s a yin-yang thing really.” 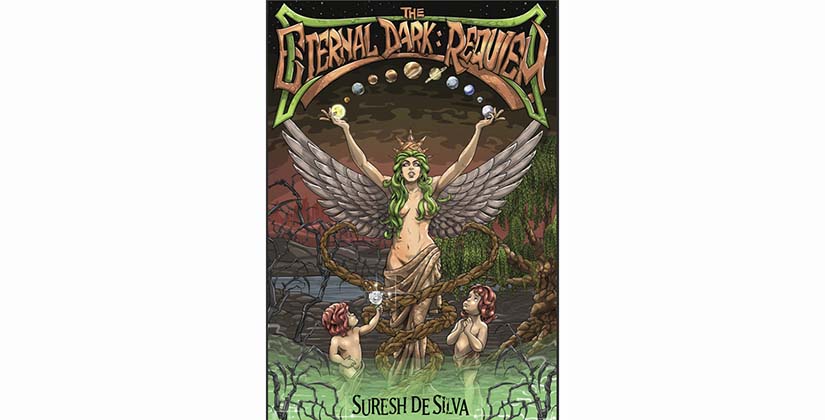 Commenting on his band “Stigmata”, which recently celebrated its 19-year anniversary, de Silva said that their choice of music enables them to explore the darker aspects of life without any shackles. “We learnt through our music to feel the throb of a sinister pulse which beats throughout the world, to face and exorcise our own demons after a fashion. I touch upon Stigmata because it is my bedrock of storytelling.”

His wish for Sri Lanka’s people is that we must be responsible and accountable for each other, for we are the blood that flows in this nation’s veins. “And so we need to reel, we need to mourn, we need to weep and feel, we need to stay together and try and find solutions to eradicate and prevent something like this from occurring in our shores again.”

September 2, 2019 byThe Sunday Morning No Comments
In December 2018, a man slipped and plummeted to his death while attempting to take a selfie at “Uda Diyaluma”, the portion of the famous Diyaluma Falls in Koslanda.

April 5, 2019 bythemorninglk No Comments
Dilmah Conservation in a collaboration with IUCN Species Survival Commission emeritus Chair Dr. Simon Stuart will be delivering a lecture titled “The IUCN Red List: A Road to Conservation” on Tuesday