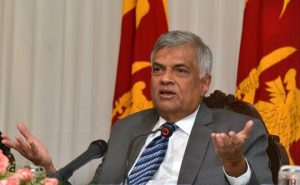 The Prime Ministers Office, in reply to a media statement released by the Ceylon Chamber of Commerce (CCC), have expressed their concern over the possible politicization of the ‘reputable business conglomerate’.

Chairman of the Ceylon Chamber of Commerce, Dr Hans Wijayasuriya in his first official public statement as the head of the CCC expressed the need for the Government to be more transparent in their dealings with the Status of Forces Agreement (SOFA) and the Millenium Challenge Corporation agreement (MCC).

The Prime Minister said in response that he was perturbed by the concerns raised by the CCC especially since the CCC had been briefed on several occasions with regards to the negotiations with the MCC agreement. 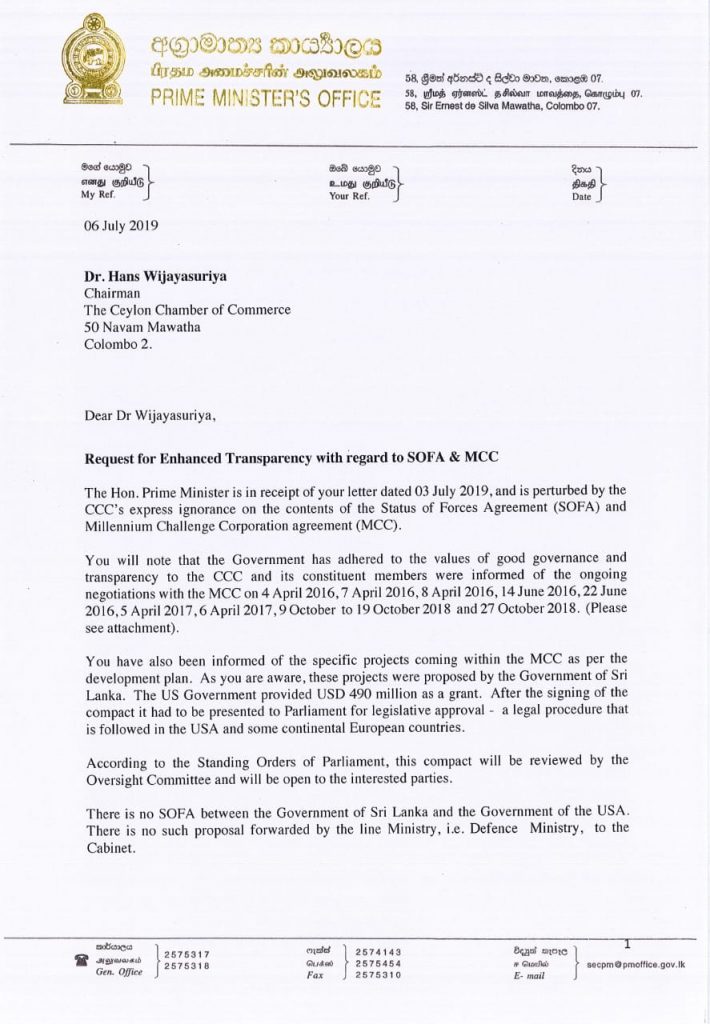 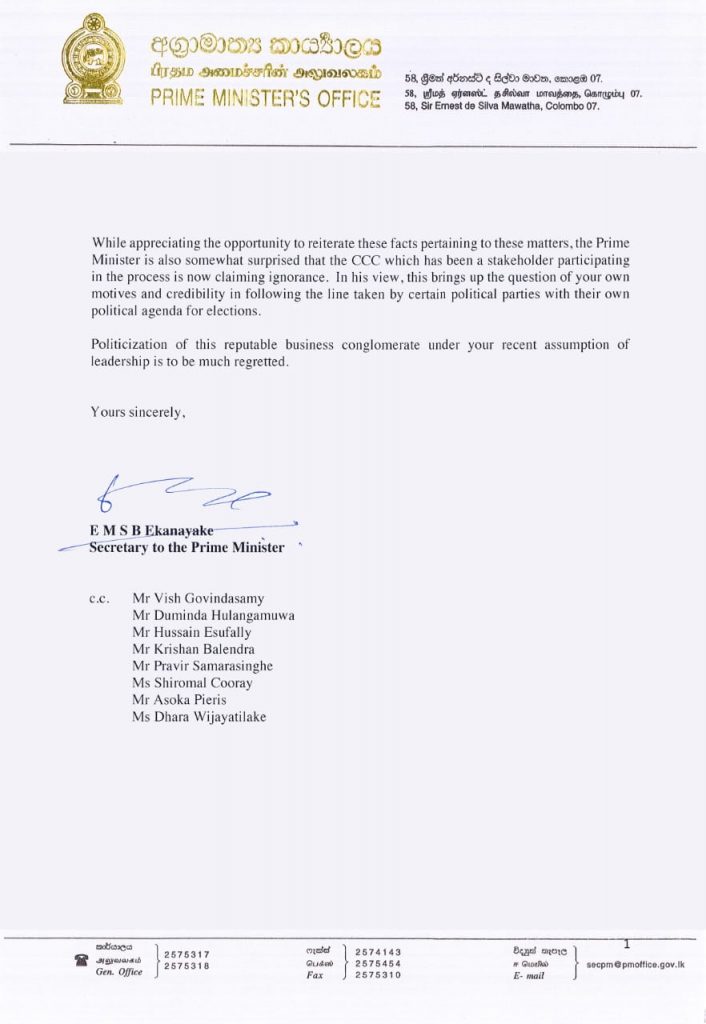 December 31, 2018 byEaswaran No Comments
The International Cricket Council (ICC) is to establish a permanent office in Sri Lanka to probe corruption allegations.