PM responds to US ban on Army Commander 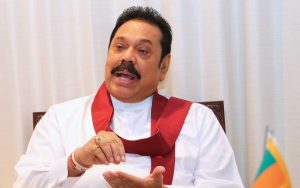 The United States of America has prohibited the Commander of the Sri Lanka Army Lt. Gen. Shavendra Silva or members of his family from entering that country.

Even though we are now in the 21 st  Century, even members of his family who have not been accused of any wrongdoing have been subjected to a collective punishment reminiscent of the practice in medieval Europe.

The people should be the judge of how fair this is. Even though this collective punishment has been meted out on the grounds that the Army Commander had committed violations of human rights, no one knows what these allegations are.

Even though the International Covenant on Civil and Political Rights says that until a person accused of a crime is proved guilty according to law, he should be deemed innocent, this principle does not seem to apply to Sri Lanka’s Army Commander or even to members of his family.

Our government has already conveyed our displeasure in this regard to the government of the United States in the strongest possible terms.

It is because of the historic betrayal committed by the yahapalana government formed by the United National Party, the Tamil National Alliance and the JVP in co-sponsoring UN Human Rights Council Resolution 30/1 in 2015 that other countries are able to name members of our armed forces as violators of human rights.

The first operative paragraph of that Resolution had taken note ‘with appreciation’ the September 2015 Report of the Office of the High Commissioner on Human Rights which accused the Sri Lankan armed forces of human rights violations. This report was based on the previous 2011 unofficial report prepared by a three member committee appointed by the then UN Secretary General outside the established procedure of that organisation.

In this manner, the UNP-TNA-JVP combine ended up accepting all the unfounded allegations made against our armed forces by various interested parties.

Our government has decided to withdraw from the process of co-sponsorship in relation to Resolution 30/1.

Even though the Army Commander of our country and his family have been subjected to a collective punishment reminiscent of medieval times, the yahapalana political parties have not

condemned it. UNP Parliamentarian Lakshman Kiriella says that this travel ban imposed on the Army Commander and his family is the responsibility of the present government.

The JVP says that the USA has imposed a travel ban on the Army Commander and his family at this particular moment due to a deal to ensure that the SLPP obtains a resounding victory at the forthcoming Parliamentary elections.

For its part the Tamil National Alliance has welcomed the collective travel ban imposed on the Army Commander and his family.

The people should take note of the fact that when the UNP government co-sponsored Resolution 30/1 in the UN Human Rights Council, the so called anti-imperialist JVP did not oppose it.

From the discussion that has taken place with regard to the collective punishment imposed on the Army Commander and his family, it becomes clear that the political divide in this country is between the patriotic camp which puts the country first, on the one hand, and born traitors who are waiting for the first opportunity to betray the country, on the other hand.

April 21, 2020 byTSM Web Desk No Comments
Investigations into last year's Easter Sunday attacks have revealed more sinister details including a second attack that was planned by the terrorists who orchestrated the 21 April 2019 Easter Sunday