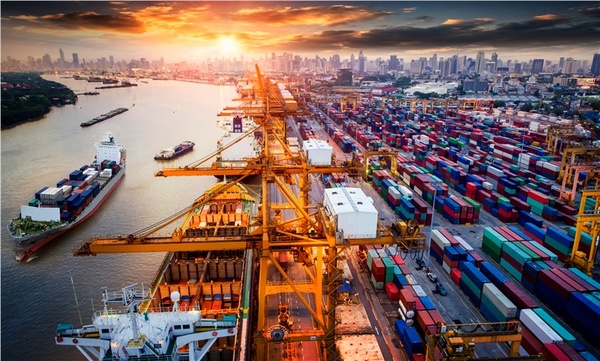 The Port and Airport Development Levy (PAL) introduced in 2009 has never been used for the development of Sri Lanka’s ports or airports as its name would have one believe.

The Sunday Morning Business learnt that the funds raised under the levy for over 10 years have been channelled to the Consolidated Fund and none of it has been allocated for the development of Sri Lanka’s ports and airports.

Officials from Sri Lanka Ports Authority (SLPA) and Airport and Aviation Services (Sri Lanka) Ltd., which overlook the development and maintenance of the country’s ports and airports, respectively, told The Sunday Morning Business, on condition of anonymity, that they had not received any funds from the PAL over the past 10 years. Both officials also claimed to be unaware as to what the funds have been utilised for.

The PAL was introduced with effect from 1 January 2009 under Section 2 of the Finance Act No. 11 of 2002 and was payable on all imported articles at the initial rate of 1% of CIF value with exemption for selected articles.

However, when contacted, an official from the Ministry of Finance stated that nothing dictates that PAL funds must be utilised for port and airport development and that it has been allocated to implement various budget proposals over the years.

The official also claimed that only a “few millions” had been accumulated by it since its introduction and that the amount collected in total over these 10 years was not available.

Sri Lankan exporters and importers have long expressed their concerns over the non-availability of information on the collections made through the PAL and the utilisation of these funds.

National Chamber of Exporters (NCE) CEO Shiham Marikar recently noted that instead of diverting the fund elsewhere, they should be utilised to improve the ports and airports to achieve the intended objectives of benefitting trade.

“Funds should be utilised to facilitate international trade and thereby avoid the burdening of exporters with additional costs since they are already struggling to be competitive in the international markets,” he said.

Exporters are now worrying that they would be charged $ 12 per consignment for the scanning process, and if imposed, it will be an additional burden on exporters who are already struggling with rising costs.

According to Marikar, after considering these issues, the NCE requested the Ministry of Finance to look into this matter while also urging the state authorities to provide the necessary reliefs to exporters.

Exporters’ Association of Sri Lanka (EASL) Chairman Chrisso de Mel told The Sunday Morning Business that the PAL is a mystery as it has not been made available for the stakeholders whether this so-called levy collected on behalf of developments is being strictly channelled for this purpose or not.

While noting that this does not mean that the ports have not been developed over the years, de Mel highlighted that there is huge room for improvement in terms of warehouses and shortage of equipment.

“Warehouses are not up to date. They need to be modernised according to modern-day requirements. Moreover, there is a shortage of equipment, especially prime movers,” he added.

Speaking about the lack of facilities at the airport, he highlighted the current status of the cargo handling areas at Bandaranaike International Airport (BIA), which need to be expanded to cater to the increasing number of trades.

Lanka Fruit and Vegetable Producers, Processors, and Exporters Association (LFVPPEA) Chairman Zuraish Hashim too told us that neither he nor his association was aware of PAL even though their exports are subjected to this levy.

“The name of the levy clearly states its purpose, but we don’t know whether it is actually used for development. I think this is really unfair. There is a lot to be developed at the port and airport. We need more scanners at the port and a general upgrading for BIA,” Hashim added.

It is understood that at the moment, there are only two scanners available at the Port of Colombo to examine import cargo and only one scanner for export cargo. As a result, perishable products which are pre-cooled for several hours prior to packing are exposed to heat and contamination during inspection.

The Port of Colombo installed three high-tech scanners imported from Britain this March to detect contraband in exporting and importing containers, but these new scanners installed at the Export Facilitation Centre are still in the testing period.

Apart from the lack of scanner machines, a recent report published on Eurasia Review highlighted the high volumes of traffic in the Port of Colombo and the lack of effective security checks on cargo, which are considered as setbacks for trading.

Ceylon Chamber of Commerce Import Section Vice Chairman Delano Dias noted that the importers would have appreciated the levy if it added any value to imports.

“There is no transparency as to why they are levying this – there are no visible benefits for traders. I think it should be taken out,” he said.

Meanwhile, Tile and Sanitaryware Importers’ Association President Kamil Hussain also confirmed that none of his importers are aware of the usage of funds raised under PAL or the value of PAL collection.

He urged the Government to use the fund to improve facilities at the Port and BIA.

He further noted the importance of having an online portal where exporters and importers can submit their applications online and track their containers.

“Almost all the countries have digitalised the submission of applications to facilitate people who engage in trade. But in Sri Lanka, we still have to go through irrelevant bureaucratic processes. Such bottlenecks are burdening us,” Hussain noted.

According to Sri Lanka Customs, PAL is calculated based on Cost, Insurance, and Freight (CIF) value of articles. The Finance Act No. 11 of 2002 says that raised funds are being transferred to the Consolidated Fund, making its utilisation vague. The Consolidated Fund is a fund which is not allocated by law to specific purposes.

With effect from 1 January 2016, the rate of PAL increased from 5% to 7.5%. To encourage spending by tourists, the PAL rate reduced from 5% to 2.5% on certain electronic and electrical items.

Under the Extraordinary Gazette Notification No. 2125/64 published by the Minister of Finance, PAL has been reduced to 2.5% with effect from 1 June 2019.

In the Budget 2019, PAL was said to be removed on the importation of Lucerne (alfalfa) meal and pellets while PAL, on a number of high-tech machinery and equipment items classified under HS Codes, was said to be reduced from 7.5% to 2.5%.

In order to remove the disparity between direct imports and purchases from Board of Investment (BOI) companies, the PAL on the sale of pleasure or excursion vessels and yachts manufactured by any BOI company to another BOI company, which is in the business of chartering such vessels and yachts, was also said to be removed under Budget 2019.

An exemption from PAL on imports was also proposed for large ($ 100 million or more) and midsized investments ($ 50-100 million) during the project implementation period or construction period until the commencement of commercial operations.

Sky’s the limit for hospitality industry with cloud

November 10, 2019 bythemorninglk No Comments
Why all players in the hospitality industry – from travel planning websites to accommodation services – must capitalise on the cloud.

Minister of Finance & Mass Media, Mangala Samaraweera has extended an invitation to the Rotary Club of Sri Lanka to partner with the Finance Ministry on specific projects initiated by the Ministry. This invitation was extended by Samaraweera during a meeting with Dushan Soza, District Governor of Rotary Sri Lanka[…]