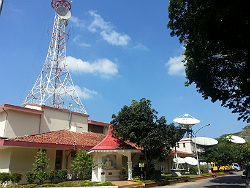 The decision was taken following a meeting he had with the heads of state media institutions today.

According to reports, Media Minister Mangala Samaraweera and the Deputy Minister as well as the Director General of the Government Information Department also attended the meeting.