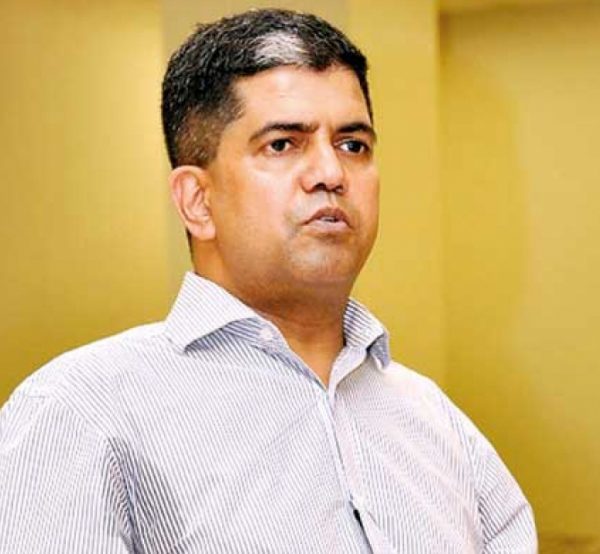 The Tamil diaspora, including the moderate groups who supported the government in 2015, have now lost faith in the administration, especially after President Maithripala Sirisena made contradictory statements to the commitments he made in 2015.

The Global Tamil Forum (GTF), a leading Tamil diaspora group based in London, said that a public statement made by President Maithripala Sirisena that he will seek the support of the UN to clear the military of human rights allegations, makes it clear the President cannot be trusted.

GTF spokesman Suren Surendiran told The Sunday Morning that, GTF will propose through the UN Human Rights Council requesting the EU to withdraw the GSP Plus facility; should Sri Lanka fail to meet its obligations to the international community.

Q: What message does the GTF feel which UN Human Rights Council (UNHRC) must convey to Sri Lanka during the on-going session in Geneva, though Sri Lanka is not on the agenda?

A: UNHRC should send a clear message to Sirisena and Wickremasinghe that; the tactic of taking small steps just before or during each UNHRC sessions, and not progressing with implementing any of those steps, or not even attempting to address the accountability issue and the long term political settlement through a new constitution would not be accepted at the UNHRC. They should also demand from the GoSL to present a time bound implementation plan which will address all of the commitments made to the body, the wider international community and to the people of Sri Lanka by the GoSL by co-sponsoring resolutions 30/1 and 34/1. UNHRC should also formally recommend to bodies like the EU to consider withdrawing the GSP+ facility in the absence of progress against the time bound plan, to other bodies like the Commonwealth to take punitive measures.

Q: Is the GTF involved in any sessions or meetings in Geneva during the on-going session to discuss Sri Lanka?

A: As Sri Lanka isn’t in the agenda for this session, GTF hasn’t made any public representations. However, Father Emmanuel is currently in Europe and would take the opportunity to articulate the current ground reality learnt through his own experiences being in Sri Lanka, to the governments represented within the core-group.

Q: President Maithripala Sirisena has said that he will urge the UN to free the Army from all human rights allegations. How do you see this?

A: President Maithripala Sirisena by such utterances is making it plain to Sri Lankans and the international community that he cannot be trusted, he doesn’t represent all of the people of Sri Lanka, he doesn’t believe in serving justice to victims and above all, he isn’t the man that people thought who will act beyond politics and in the best interest of the country and all of its people.

Q: Do you see any progress taking place by next March on the human rights issue?

A: Very minimal, if any and we believe, the time has come for the international community to call out the bluff, as they say, call a spade a spade, instead of over-stating the smallest of steps that GoSL seems to be taking yet not following it through by implementing even those small steps. Comparisons to the Mahinda Rajapaksa regime that was responsible for committing war crimes and spreading racism should stop. The Government needs to compare progress against its own commitments to its citizens since it they would be completing 4 years in office, come March 2019. It is also quite frustrating when you realise that in Sri Lanka, people and leaders in general, cannot see or act beyond their religious beliefs and political ambitions in the best interest of generations to come and in the best interest of the country.

Q: The Office on Missing Persons (OMP) has issued a very strong interim report. What is your take on the report and what are the shortcomings, if any?

A: We were generally encouraged by the interim report.

Q: Has the diaspora lost faith on Sri Lanka or is there still a chance for real change?

A: The Tamil diaspora cannot and will not lose faith in the land and the spirit of Sri Lanka and Sri Lankans. However, we are certainly disappointed with the present leadership or the lack of it.

Q: Do you think the division in the Tamil leadership will harm the chances of the issues faced by the Tamils being addressed?

A: Tamil people have time and again elected their leadership through democratic means, whenever they were given the opportunity. When conflicting views and ideas are debated in public, I believe that is quite healthy and reflects the superior democratic credentials of the process and peoples’.

Q: Why is the diaspora not doing enough to uplift the living conditions of the Tamils in the North and East?

A: Due to the prolonged armed conflict, Tamils have lost a generation of credible people with the capacity and capability to run administrative systems and processes. Successive governments since the end of the war haven’t created mechanisms and facilities to bridge that gap by setting up focused initiatives. North and East are not by and large treated as special war affected zones in many aspects, although the last budget tried to address some of the pressing issues. Unfortunately, budget alone cannot fix without the right capacity and capabilities and facilities without overly bureaucratic blocks being made available. Therefore, when the fundamentals remain unfixed, it will be near impossible for any groups, including the diaspora or international bodies to be able to initiate and successfully implement programmes that will uplift living conditions for people. However, with these fundamental impediments still remaining, the Tamil diaspora have progressed some initiatives with limited success which have created employment, training and education in addition to general charitable contributions looking after orphans, destitute children and adults and persons with disabilities.

June 16, 2020 byTSM Web Desk No Comments
The fare of private buses will not be hiked under any circumstances, stated Minister of Passenger Transport Management Mahinda Amaraweera.

April 2, 2019 byRandev No Comments
The cabinet has granted approval to declare 15 of April a government holiday.