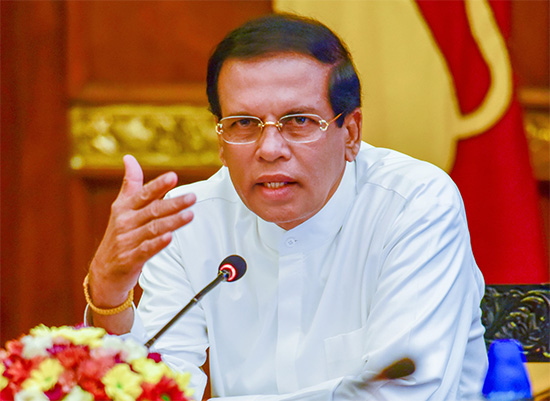 President Maithripala Sirisena met media heads at his official residence and expressed his displeasure at action being taken by the authorities against military officers over alleged human rights abuses.

The President specifically noted his opposition to the Attorney General and the Police taking legal action against military officers accused of being involved in abductions.

The President said that during his scheduled visit to the UN later this month, he will seek support to counter the allegations against the military.

He said that a series of proposals will be presented to the UN on the steps Sri Lanka will take to address the allegations.

Presidential committee admits it was unconstitutional

August 20, 2019 byTSM Web Desk No Comments
the Presidential Commission had not been constituted under any existing laws.

July 28, 2019 bythemorninglk No Comments
The Election Commission (EC) raised concerns over some practical difficulties it’ll face if both provincial council and presidential elections are held this year.