The presidential election is moving along in full force with the campaigning spilling over to social media where a popular musician and a prominent YouTuber clashed over opposing political views. 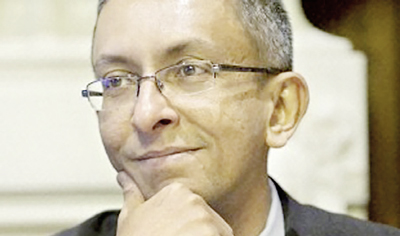 “The little YouTuber Ashen seems to have been paid off by UNP’s Sajith Premadasa to carry out an election campaign for Premadasa,” Weerarante said in his Facebook live video, while noting that Seneratne had been paid “110 lakhs” (Rs. 11 million).

“He (Ashen) has been, right throughout, doing a campaign by taking money from Sajith. He’s trying to divide the Sinhalese. He has paid Abdul Razik. This is very bad. I ask all my subscribers on my page to help put a stop to this. If you don’t stop, we must call your home. You have insulted Buddhist monks. We know for sure that he (Ashen) has taken money to do campaigns on YouTube for Sajith Premadasa. He (Ashen) is trying to create false opinions. You do your politics, no problem, but don’t split the Buddhists and the Sinhalese. Don’t do campaigns with degraded persons like Abdul Razik; we are totally against that,” Weeraratne said on Facebook.

Thereafter, Weeraratne goes on to share a mobile phone number and then calls on his subscribers to call it.

Prior to this live video by Weerarante, Senerathna interviewed one of Weeraratne’s close associates by the name of “Peshala”, who revealed to Senerathna that Weeraratne had been paid specifically to be dressed in women’s clothing for his most recent music video, “Mathinta”.

“Mathinta” – Api UNP (we are UNP) – is Weeraratne’s most recent music video where he goes on to mock the UNP Government and President Maithripala Sirisena.

Weeraratne is also seen wearing a woman’s dress and wig, meant to be a crude depiction of the LGBTQ community. 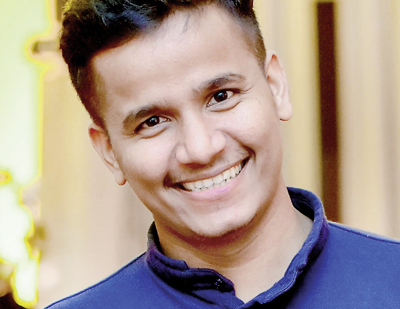 On Tuesday, however, Senerathna held a media briefing where he charged that Weeraratne’s actions on social media had resulted in the former receiving death threats.

Addressing the press conference, Senerathna said that Weeraratne had disclosed both Senerathna’s phone number as well as his mother’s mobile number to the public.

“I have been receiving continuous death threats after Iraj revealed my contact details on his Facebook page. I expect to take legal action,” he said.

When a journalist questioned as to why Senerathna had not already lodged a complaint with the Police, Senerathna responded that he was in the process of collecting more evidence against Weeraratne.

Speaking to The Sunday Morning, Senerathna accused Weeraratne of attacking him without provocation.

“Iraj is a famous musician who is well known in Sri Lanka. We are just smalltime YouTubers. He had no reason to attack someone like me.”

Senerathna then went on to accuse Weeraratne of having being paid by the Sri Lanka Podujana Peramuna (SLPP) presidential candidate to campaign on his behalf.

“All I have been saying is that we should not be political slaves. There is a culture where one has to become a slave to a political party to survive in this country. I will never be a slave like Iraj has become to the SLPP and Gotabaya Rajapaksa,” he said.

When The Sunday Morning inquired as to whether he was being paid in any way to carry out election campaigns for a presidential candidate, Senerathna responded in the negative.

“I don’t sell myself to politicians. I’m not desperate for money like some people are. I’m in the middle. That is why I can criticise any party, whether it’s the UNP or otherwise,” Senerathna said.

Seneratne lodged a complaint with the Police on Thursday (17).

Repeated attempts by The Sunday Morning to obtain the views of Weeraratne failed.

Meanwhile, media analyst Nalaka Gunawardene said that it was not surprising that clashes between supporters of separate political parties had moved over to social media.

“The proxy battles by supporters of different candidates are a common feature, especially during a presidential election. In the past, such battles were held on television, radio, or even on rally stages, but with social media fast taking over conventional media, it is not surprising that such proxy battles moved to platforms such as Facebook or YouTube,” he said.

However, he said that the reach of social media in Sri Lanka was far less than that of conventional forms of media such as television and in turn, it would have a limited impact on the election.

“This is still a country where a vast majority of voters get the news from TV, followed by radio. Television dominates how the voters get their news and information regarding current affairs. Right now, it (social media) is mainly influencing the youths and possibly some of the urban middleclass,” he said, noting that 95% of media viewed by the masses was on TV while social media had only one-third the coverage.

June 24, 2019 bythemorninglk No Comments
The Government is looking to sign a new oil exploration deal for the Mannar Basin later this year after the ex-Cairn M2 block was reopened for development and commercialisation through a limited tend