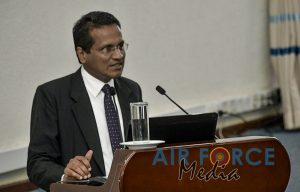 Additional Solicitor General of the Attorney General’s Department Viraj Dayaratne PC has been appointed Chairman of the Securities and Exchange Commission of Sri Lanka (SEC), the regulatory body of the Colombo Stock Exchange.

The appointment has been made by Finance Minister Mahinda Rajapaksa, The Sunday Morning Business learns.

Dayaratne has worked at the Attorney General’s Department for over 27 years and has been a President’s Counsel since May 2018.

He also counts international experience, having been an Adjudicator at the Kuala Lumpur Regional Centre for Arbitration (KLRCA), a Judge of the Court of Appeal of Fiji and a Legal Expert for the Oman Ministry of Defence.

June 5, 2019 bythemorninglk No Comments
It is important to distinguish between regulations that will help the tourism industry grow and those that will stifle it, argues COO of Advocata Insitute Dhananath Fernando.