Prevention of terrorism under emergency regulations 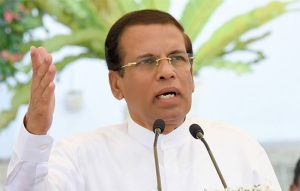 The nationwide emergency will give the military war-time powers to arrest and detain suspects the President’s office has stated.

“The Government has decided to Gazette the clauses related to the prevention of terrorism to emergency regulations and Gazette it by midnight,” the President’s Media Unit stated.

The decision was reached at the National Security Council headed by the President held this morning.

Muthurajawela marsh : To be gazetted as protected wetland sanctuary

October 20, 2020 byCharindra No Comments
Minister of Environment Mahinda Amaraweera has instructed the Ja-Ea Divisional Secretariat to survey the land area in the Muthurajawela marshland and gazette it as a “protected wetland sanctuary".