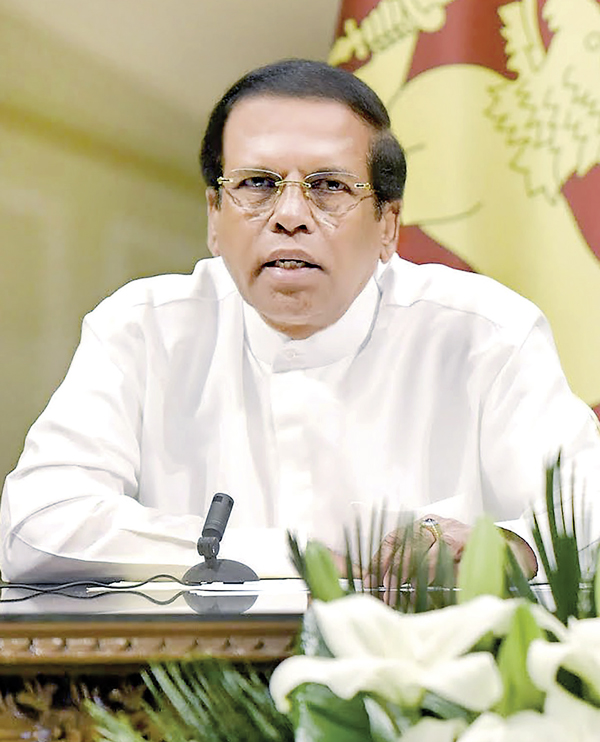 President Maithripala Sirisena is to testify before the Parliamentary Select Committee (PSC) probing the Easter Sunday attacks as its final witness, with the committee hoping to conclude activities not long after.

After waiting several weeks, the PSC received a positive response from President Sirisena with regard to him appearing before the committee to provide evidence.

“I personally spoke with the President and he informed me that he was willing to come before our Committee and provide information and evidence concerning the Easter terror attacks on 20 September at the Presidential Secretariat,” Committee Chairman and Deputy Speaker of Parliament Ananda Kumarasiri told The Sunday Morning.

The PSC was appointed by a resolution passed in Parliament on 22 May 2019 to probe and submit a report to Parliament on the terrorist attacks that took place in various locations on 21 April 2019.

In addition, several religious leaders and organisations such as the All Ceylon Jamiyyathul Ulama (ACJU) and Bodu Bala Sena (BBS) also testified before the PSC. 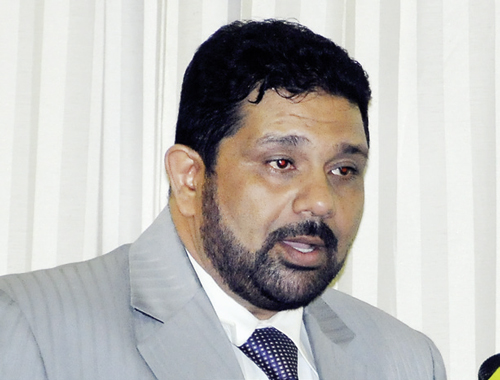 Muslim politicians and parliamentarians such as Bathiudeen, Salley, and Hizbullah were specifically questioned due to the various allegations levelled against them of being involved in the attacks.

Salley testified that Gotabaya Rajapaksa, the current presidential candidate of the Sri Lanka Podujana Peramuna (SLPP) and former Defence Secretary during the Rajapaksa regime, had close links with one of the suspected terror groups – Thowheed Jamath (TJ) – connected with the attacks.

Former Western Province Governor Salley appeared before the PSC on 11 June, where he testified that former Defence Secretary Rajapaksa had links with the TJ and that he had used the group for political purposes.

Upon further questioning, Salley accused the former Defence Secretary of imprisoning him for refusing to promote the Islamic ideals of the TJ, claiming that when Rajapaksa was in power, he provided government funds to promote their cause.

Salley also said that he was taken into custody by military intelligence in 2014 and was kept in custody without charges.

“I was offered Rs. 500 million and asked to leave the country. I didn’t take it. Then, I was told to take Rs. 300 million and spend the remaining Rs. 200 million on my election campaign in exchange for keeping my mouth shut. I did not take that either,” he said. 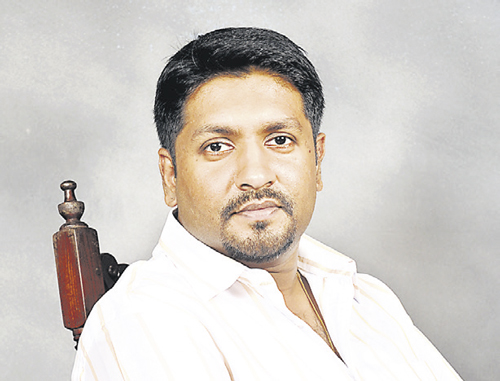 Asked to name the officer who made the offer, the former Western Province Governor said that it was an intelligence officer.

In addition, Salley testified that he warned both then Defence Secretary Hemasiri Fernando as well as President Sirisena regarding the activities of Zahran Hashim – the mastermind behind the attacks – but that his warnings fell on deaf ears.

“As a close acquaintance of the President, I begged him to take action against Zahran. I even spoke to (Hemasiri) Fernando three times regarding the matter, yet they failed to take notice,” said Salley.

Former Eastern Province Governor M.L.A.M. Hizbullah, providing evidence before the Committee, said that the terrorist, Hashim, had campaigned for President Sirisena during the 2015 presidential election.

During the questioning, Hizbullah’s Batticaloa “Sharia” Campus was brought to attention along with the controversies surrounding the campus’ funding and the source of foreign finances. Muslim religious leaders too told the PSC that they warned the authorities of Zahran’s threat.

Al Haj Abdul Jawadh Alim Waliyyullah Trust Secretary Sufi Moulavi K.R.M. Sahlan, testifying before the PSC on 18 June, said his organisation sent written complaints to the President’s Office on 27 March 2017 against Hashim’s calls for the death of people of other faiths.

“We also submitted compact discs containing copies of three speeches and warned that a disaster was looming if Zahran was allowed to continue in such a way,” he said, adding that copies of the same complaint were sent to then Minister of Justice Wijeyadasa Rajapakshe, then Minister of Law and Order Sagala Ratnayaka, State Minister of Defence Ruwan Wijewardene, Terrorist Investigation Division (TID) Chief DIG Nalaka Silva, the IGP, and the Attorney General’s (AG) Department.

However, Chief Inspector Ariyabandu Welagedara, former OIC of Kattankudy – the hometown and initial base of operations of Zahran Hashim – told the PSC that during his tenure as the OIC, he was warned of Zahran’s activities but only witnessed one incident of violence involving the terrorist.

“There was a clash between two religious groups back in 2017. One of the groups was Zahran’s. I arrived at the scene and dispersed the crowd. There were around 100-150 people involved in the clash. We made arrests on the same day as well as the following day. Zahran was there. Some escaped. Among those who escaped were Zahran, his brother Rilwan, and ‘Army Mohideen’. We produced nine others before courts. Since then, Zahran was not to be seen in the area,” he said.

National Intelligence Chief Sisira Mendis told the PSC that despite him briefing then Defence Secretary Hemasiri Fernando on the impeding attacks, the National Security Council (NSC) had not met until after the co-ordinated suicide bombings on 21 April.

Former TID Chief Silva appeared before the PSC on 4 June, where he revealed that he was aware of the subversive operations of the Islamic fanatics led by Hashim since 2013. He said Hashim had been engaged in extremist activities since 2013 and embraced violent extremism in 2016.

“The TID was engaged in anti-extremism activities since 2013 and we were monitoring his activities since then. I set up a special unit within the TID to monitor extremism. However, I cannot reveal details about the unit before the media,” Silva said.

Meanwhile, government ministers and high-ranking officials said that it was a failure of the security establishments as well as the Government that led to the attacks.

State Minister of Defence Wijewardene told the PSC that intelligence agencies did not communicate intelligence of the Easter Sunday attacks to him. The Minister said that, as per the portfolio he held, he should have been among those who were informed of the imminent attacks.

“There had been disagreements between the Defence Minister, who is also the President, and the Government following the constitutional crisis. After that crisis, I was not even invited for the NSC meetings,” he said.

The Minister said that only the incidents in Kattankudy in 2017 were discussed at the NSC meetings he took part in prior to the attacks.

“The NSC in 2017 discussed Muslim extremism in Kattankudy. The issue discussed was the clash between two rival Islamic groups in Kattankudy. There was no discussion on terrorist activities – not till the Easter Sunday attacks was the issue of Islamist terrorism discussed when I was there. We did not get the warning. The NSC did not discuss any such warning. Only after the attack was the issue discussed at the NSC level. We met soon after the attacks and took action to mitigate it. I was in close contact with the Prime Minister and the President in those activities,” the Minister said.

In response to a question posed by MP Sumanthiran, Wijewardene said that he was not invited to NSC meetings following the 2018 constitutional crisis.

“I attended the NSC meetings before the constitutional crisis, but I did not attend the NSC meetings during the crisis. I was not invited for NSC meetings thereafter. The last time I attended was 7 October 2018. Thereafter, I attended the meetings of national intelligence only in April 2019.” Minister of Public Administration, Disaster Management, and Livestock Development Ranjith Madduma Bandara told the PSC that the arrest of the former TID Chief was one of the main reasons the security agencies failed to prevent the Easter attacks.

“The TID could not progress when their leading officer was taken into custody. The TID operations were hampered by the arrest,” the Minister said.

Responding to a question raised by Dr. Jayatissa, the Minister said that his Ministry did not receive reports of any terrorist activities.

“No, we did not receive reports of terrorist activities. We had reports of Islamic rival groups, which were on the attacks on other mosques. There were reports from the TID and the SIS with regard to acts carried out by Zahran. Those reports were on how Zahran carried out his propaganda and the content of his lectures,” the Minister said.

He then went on to say that the TID had been able to arrest most of Zahran’s group with available evidence at the time and that the arrest of DIG Silva seriously hindered the TID’s operations.

Prime Minister Ranil Wickremesinghe, testifying before the PSC, said that the entire Government and the Cabinet of Ministers were to be blamed for the lapses and shortcomings that allowed the terror attacks to occur.

“Certainly, there had been a lapse. There had been shortcomings. We are now in a transitional period and we intend to find measures to prevent such lapses from recurring,” the Premier said, adding that the issue of Islamic extremism was raised at the NSC meetings.

“The issue was raised several times at the NSC meetings. I received a couple of reports from the Minister of Law and Order. Those reports had been sent by the intelligence units. The reports were of the ISIS sympathisers as well religious clashes between two groups. We were also informed of a Sri Lankan who died in Syria while fighting for ISIS.”

President Sirisena, in his capacity as the Minister of Defence as well as the Head of State, is expected to testify sometime during the next parliamentary session scheduled to begin on 17 September.

The PSC was initially given a three-month period to carry out its investigations, compile a final report, and hand it over to Parliament. However, on 22 August, following a request by the Chairman of the PSC, Parliament approved an extension of the term of the committee by a period of one month, ending 30 September.

PSC Chairman Kumarasiri, speaking to The Sunday Morning, said that the committee may seek yet another extension of two weeks to conclude all operations.

“We may ask for an additional extension of our term by two weeks, which means the first two weeks of October,” he said, adding that the Committee would be submitting its report during that period.

July 15, 2019 bythemorninglk No Comments
An intense battle between Power and Renewable Energy Minister Ravi Karunanayake and the Public Utilities Commission of Sri Lanka (PUCSL) has reached a climax.