January 16, 2020 by themorninglk No Comments 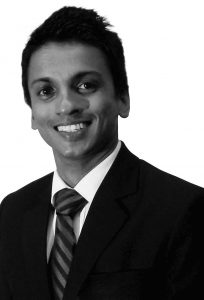 Rice farmers, and the price of their rice, have always been a political football. For a long time, our politicians and policymakers sold their grief, tears, fertiliser subsidies, and debt-ridden suicides for votes. Government intervention, without first identifying the unique complications of the rice market, has made the rice farmer poorer for decades. Because of such reasons, people engaged in farming have not been able to move out of the low-income rut and better their lives as long as they remain within the farming industry.

Simply put, have you ever heard of a rice farmer who managed to escape these issues and thrive as a farmer within the last 20 years? The solutions that governments have provided for farmers over the years have been very shallow, and their intention to control the market appears to have gradually ruined it. Here are a few of the solutions promised and provided by consecutive governments.

None of the solutions above really fit the nature or the shape of the problem. While all these solutions have aspects that are attractive to the Government, imposing price controls on retail prices has been the most popular strategy by far. Conducting raids under the Consumer Affairs Authority (CAA) and filing cases against retailers who sell above the government-set price has also been a prevalent practice.

Consecutive governments tend to drift towards imposing price controls as it can be easily enacted, even overnight, and can be marketed to consumers and voter bases as a tool that lowers prices. However, the reality is that price controls do almost nothing to bring prices down while ignoring a multitude of deeper problems that lie below the surface.

From the farmers’ point of view, the primary issue is the absence of an incentive to increase their crop. If the crop is increased, the price of rice in the market would come down, bringing them low incomes as supply grows; if the crop is low, the prices will go up, but due to price controls and low volumes, their income will still be meagre. These issues are exacerbated as any surplus production cannot be exported or turned into a value addition. Therefore, whether the crop is good or bad, the farmer is perpetually perched on the losing end. During bad crop seasons, the inclement climate, water supply issues, and fertiliser issues come into the limelight. Farmers often complain about the low prices offered by the mills during good crop seasons due to these larger problems.

Although most Sri Lankans use rice as their main source of carbohydrates, if the rice crop is increased, the local market would be unable to absorb any excess supply, resulting in prices dropping very low in the market and making life more difficult for farmers. A potential solution for excess rice production is the use of rice as an industrial input, such as in the production of rice wine, but this would require industrial co-operation.

The only other option left would be to export rice, but the short-grain varieties that we cultivate locally have very little demand in the world market as demand is currently directed towards long-grain Thai rice varieties.

Additionally, our farming methods are those learnt and exchanged among peers and families such that most of the techniques utilised are extremely outdated and inefficient. In order to increase the crop, farmers continuously engage in the overuse of weedicides and fertiliser. Though it appears like the correct strategy to most farmers, this causes the total expenses of farming to shoot up and often leaves individuals trapped in debt. Sri Lanka has constantly bragged about our rice cultivation over a few millennia, but the harsh reality is that we use unsystematic and wasteful methods to produce an incredibly basic form of rice that accrues very little demand.

Furthermore, we contribute very little value addition to the original product and squander land and water, which are our most precious resources, in the process. Recent research has revealed that 1 kg of rice requires about 2,500 litres (2) of water to be produced, but half of this is lost through seepage and percolation. As a result, only about 1,400 litres of water is actually used to produce 1 kg of rice. Even if we factor in a low cost of five cents per litre of water, producing 1 kg of rice appears no longer economically viable. All stakeholders seem to be working at multiple levels to increase productivity through regulations brought in with good intentions. However, these regulations have ended in disastrous consequences (Sri Lanka is at the 93rd position in rice productivity out of 119. Nepal is 67th and Thailand, 68th) (3).

Another primary issue is that farmers have not been given the titles to the lands they cultivate in. This essentially means they do not have ownership rights over the land, blocking them from investing in establishing greenhouses, climate-resistant cultivation methods, or other innovative establishments within the space.

Many paddy lands have already been abandoned as farmers realise that it doesn’t make financial sense to cultivate rice anymore, and the labour market offers better options – especially for the youth. The downside of this trajectory is that it leaves land that could have been transformed into a useful income generator completely forsaken.

Simply imposing price controls and ordering the CAA to carry out raids and fine retailers is not the right approach for this complicated problem. In fact, price controls only bring further market distortion instead of taking prices down. Price is meant to function like a thermometer in a market, measuring the temperature of demand and supply to provide an accurate rate. If your child has an infection, as a result of his or her immune system, the temperature will rise. Instead of treating the infection, what would happen if you manipulated the thermometer, reset it at normal body temperature, and attempted to convince yourself and others that your kid has magically recovered?

Artificially controlling the price is the same as manipulating the thermometer – it perverts and misrepresents the market while failing to address the problem at its root.

Price controls also create black markets and increase corruption. More rice may be stocked in stores in order to bribe and create a black market for rice. Another possibility is the release of inferior quality products into the market as producers attempt to lower their costs to match the regulated price. In certain cases, the product may go completely off the shelf as no retailer wants to sell it at a loss. The best way to get an estimation of the myth of price controls is to compare controlled prices on the CAA website and the Department of Census and Statistics’ weekly prices.

In conclusion, the idea that price controls imposed by the Government will benefit the farmer is nothing but a myth to please the crowd within our political theatre. However, in managing this political theatre, it is important to remember that behind the curtain, these policies are far from the solutions we need, and they will have dire consequences that affect many connected industries and consumers into the foreseeable future.


The writer is the Chief Operating Officer of Advocata Institute and can be contacted at dhananath@advocata.org. Learn more about Advocata’s work at www.advocata.org. The opinions expressed are the author’s own views. They may not necessarily reflect the views of the Advocata Institute, or anyone affiliated with the institute.

January 29, 2020 byCharindra No Comments
How can the Government reconcile the presidential circular which directs state entities to reduce unnecessary expenditure while providing 100,000 new jobs in the state sector, asks Advocata Institute.