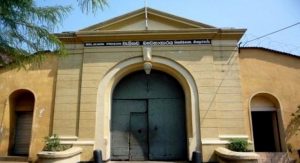 Silva expressed these views to the media during a visit to the Welikada Prison complex today.

The Minister said the government hopes to build new complexes to house prisoners and to provide better facilities.

He said as the first step to shifting prisons from urban areas, Welikada Prison will be shifted to Homagama next year.

According to the Silva, prisoners who have been rehabilitated and who have served long sentences for minor offences will be re-integrated to society.

December 14, 2018 byEaswaran No Comments
The Supreme Court today refused to stay a stay order issued by the Court of Appeal against the appointment of Mahinda Rajapaksa as Prime Minister and against his cabinet from holding office.