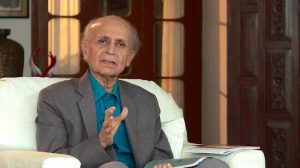 Fonseka was a former dean of the Faculty of Medicine, University of Kelaniya.

Being a political activist, Professor Fonseka was a prominent member of the Trotskyist Lanka Sama Samaja Party (LSSP). He was a member of the party’s central committee and politburo and lead its branch in Kotte.

He was a vocal critic of private medical education and campaigned against the NCMC in the early 1980s.

Fonseka was also a lyricist and composer and has produced a number of albums including Carlochita Gee (1992) and Raththaran Duwe (2006).

Indian PM and others address terror attacks in Sri Lanka

April 21, 2019 byRandev No Comments
The Indian Prime Minister and several other foreign dignitaries have addressed the attacks on the Sri Lankan public this Easter Sunday.