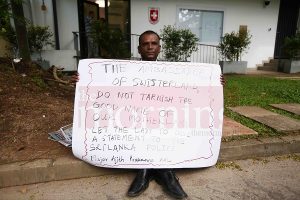 Major (Retired) Ajith Prasanna has launched a protest fast in front of the Swiss Embassy in Colombo today.

The protest fast was launched demanding the Swiss Embassy staffer involved in the alleged abduction incident be produced to make a statement to the police.

Meanwhile, The Ministry of Foreign Relations in a press statement yesterday said the victim’s story did not corroborate with witness interviews and technical evidence collected by the Criminal Investigation Department (CID) of the Police.

Prime Minister Mahinda Rajapaksa speaking to media yesterday said the government will be able to give a solid statement with regard to the alleged incident, once CCTV camera footage from the Japanese Embassy(which is nearby the Swiss embassy) has been analysed.

On 25 November 2019 a Swiss embassy staffer was allegedly kidnapped and questioned over a CID investigator who had fled the previous day(24) to Switzerland allegedly fearing for his life.

The victim has not provided a formal statement to the police up to date.

According to the The Swiss Embassy “The employee was detained against their will in the street, forced to get into a car, seriously threatened at length by unidentified men and forced in order to disclose embassy-related information.”

“The Swiss Embassy immediately lodged a formal complaint and is fully cooperating with the Sri Lanka authorities in order to support police investigation and initiate an inquiry over the case, while duly considering the health condition of the victim and their relatives,” The Swiss Embassy said in a formal statement. 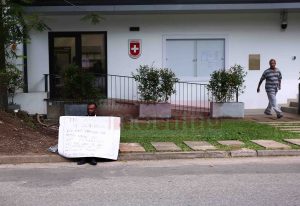 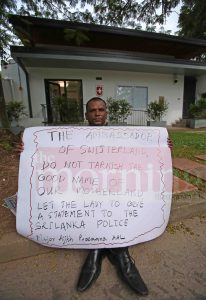 UNP leadership: No decision yet

Senior members of the United National Party (UNP) yesterday (12) met with its Leader Ranil Wickremesinghe at the party headquarters at Sirikotha to discuss the party leadership, but have failed to ar

May 29, 2019 byRandev No Comments
President Maithripala Sirisena has confirmed his attendance at the oath-taking ceremony of Indian Prime Minister Narendra Modi.