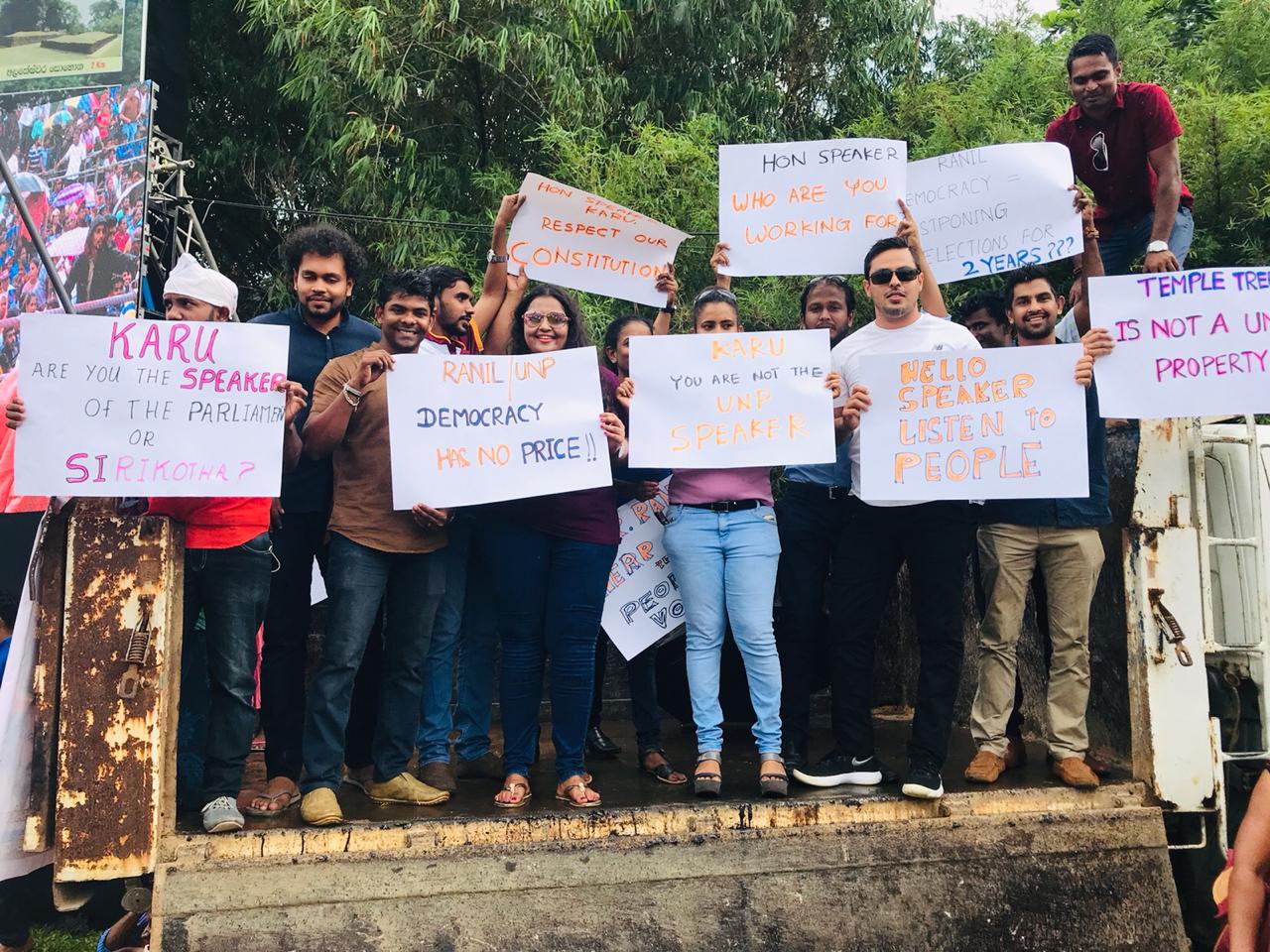 A protest was staged near the residence of Speaker Karu Jayasuriya today over his decision not to recognize new Prime Minister Mahinda Rajapaksa.

Placards were held during the protest telling the Speaker to respect the Constitution.

Speaker Karu Jayasuriya today decided to reverse his earlier decision to give the new Government seats allocated to the Government in Parliament.

Jayasuriya said that he will keep the status quo which was in Parliament before it was prorogued, when Parliament reconvenes.

August 27, 2019 byTSM Web Desk No Comments
Prime Minister Ranil Wickremesinge will be undertaking an official visit to the Maldives on 2 September 2019.