Prove you can function during curfew, SEC tells CSE 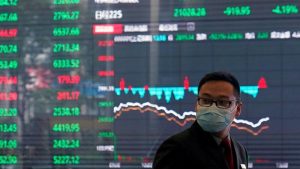 By Charindra Chandrasena
The Securities and Exchange Commission of Sri Lanka (SEC) has asked the Colombo Stock Exchange (CSE) to explain how it intends to ensure all operational requirements are met if the CSE was to be opened during the curfew period.

This letter has been sent following repeated requests by the CSE for SEC to permit the opening of the market, despite the prevailing curfew in the Colombo District.

“The SEC unanimously decided to call upon the CSE to carefully identify all operational requirements, including issues of settlement, and spell out in detail the means by which the CSE intends to resolve them. The SEC is also of the view that it is essential for the CSE to consider the interests of all stakeholders in this exercise and the importance of such decisions being made at a meeting of the Board of Directors of the CSE.” the SEC has said in a letter dated 23 April addressed to the CSE, which has been seen by The Sunday Morning Business.

When contacted, CSE Chairman Ray Abeywardena told The Sunday Morning Business that the CSE is currently preparing a detailed document on how it intends to ensure that all operational requirements are met in the event the market is opened during the curfew period, and that this will be sent to the SEC “over the weekend”.

When inquired as to what kind of mechanisms this would include, he said: “For example, if an investor can’t make a settlement through a cheque due to the curfew, the CSE must have an employee at the ready who can travel to the investor’s house and collect the cheque. Or else, we must ensure that the investor has internet banking to make the payment. So, we are expected to cover all bases.”

The curfew in Colombo has been extended to at least 3 May due to the high number of positive Covid-19 cases which have been reported over the past few days.

The CSE, however, is hopeful that its planned explanation would be sufficient for the SEC to permit the opening of the market irrespective of the curfew situation.

If the SEC decides favourably, it is expected to provide letters to broker firms to enable them to obtain curfew passes for their employees from their respective police stations.

This appears to be a minor breakthrough in discussions between the CSE and its regulator, where the former has been keen to open the market but the latter has displayed some reluctance. According to market insiders, this reluctance is borne out of a fear of massive foreign outflow from the market if it’s reopened due to the current economic volatility. The government has launched a concerted campaign to preserve and secure foreign exchange to avert a foreign exchange crisis.

During the first week of the Covid-19 outbreak in Sri Lanka, regular trading at the CSE was halted for 30 minutes on three days after the Standard & Poor’s Sri Lanka 20 (S&P SL20) Index, which includes the 20 largest companies by total market capitalisation listed on the CSE, fell by 5% on each day.

The CSE has been closed since 20 March, when it was opened for a curtailed trading period after being closed for four days due to the Covid-19 outbreak. The curfew was imposed that evening and since then, there has been no trading, making it the stock market that has been closed for the longest period in the region due to Covid-19. In fact, only the Dhaka Stock Exchange in Bangladesh has been closed for a somewhat similar period, having shut its doors on 29 March. Despite many countries around the world being in a state of lockdown, the stock exchanges of these countries have generally been open for trading.

Many stockbroking companies have had no revenue whatsoever for over a month due to the closure of the market, which they have repeatedly communicated to the CSE.

April 5, 2020 byCharindra No Comments
Using the first-ever online Colombo Tea Auction held yesterday (4) as a starting point, the tea industry plans to continue to hold online auctions even after the Covid-19 outbreak is contained.