PSC: Prez and PM to be summoned 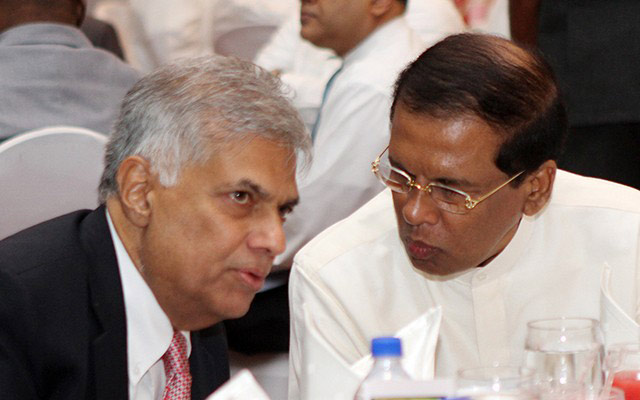 The Parliamentary Select Committee (PSC) probing the Easter Sunday bombings have discussed the summoning of the President and Prime Minister before the Committee.

Deputy Speaker and Chairman of the PSC Ananda Kumarasiri said that there had been talk amongst the committee members of summoning President Maithripala Sirisena and Prime Minister Ranil Wickremesinghe.

“We have not come to any firm decision on the matter,” he said.

JVP Parliamentarian Dr. Nalinda Jayatissa, who is also a member of the PSC, however, asserted that the Committee will most likely summon President Sirisena and Prime Minister Wickremesinghe.

“According to the 19th Amendment, the President can be summoned before a parliamentary select committee,” he said.

A senior source of the PSC investigating the 21 April attacks also confirmed that the Prime Minister could be summoned but was unsure of the legality in summoning the President.

The next sittings of the PSC will be held on Tuesday (18).

The Committee is scheduled to summon the current OIC as well as the former OIC of the Kaththankudy Police station on Tuesday.

In addition, the Committee will be summoning the Chairman of the Sufi Organisation in Kaththankudy.

June 15, 2020 byTSM Web Desk No Comments
156 Indian nationals stranded in Sri Lanka were repatriated on a special Air India (AI 1202) flight from Colombo to Kochi and Bengaluru on 15 June, 2020.