February 25, 2020 by themorninglk No Comments 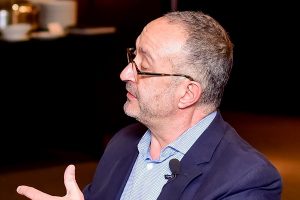 Sri Lanka’s engineering talent has long been held in high regard by the international community, as seen by 2015’s all-electric supercar Vega, which was featured on BBC’s Autos, and 2019’s Ravana-1 satellite that was launched from the International Space Station (ISS) in Virginia, US. Both of these were created by Sri Lankan engineers and are indisputably world-class feats of engineering.

Furthermore, this talent has been growing throughout the years; statistics show that there are approximately 7,500 technology graduates coming out of Sri Lanka’s public and private universities. With the authorities planning to increase this figure even further, the future looks bright for Sri Lanka in the technical and technological spheres.

Due to this availability of highly qualified engineering talent, Sri Lanka has managed to attract several global corporate giants to its shores. One such corporation is Wiley Global Technology (Pvt.) Ltd., an American multinational publishing company with a history of 213 years that focuses on academic publishing and instructional materials.

In fact, Wiley has been impressed by the local talent to such an extent that it has committed to expand their operations in the country to make the island its main global technology base over the next two years.

This is one reason Wiley Global CEO Brian Napack himself visited Sri Lanka recently to meet the team, where he went through the local programme and its activities. He was said to have been thoroughly impressed by the local operation.

The company has currently invested around $ 5 million to establish their operations in Sri Lanka, and is now set to increase their investment. Along with this, the employee total will also increase from 215 to around 430 in the next 12-18 months, and even more in the following months.

These plans were revealed by Wiley during a media roundtable held last week (11) in Colombo. Wiley Executive Vice President and Chief Technology Officer (CTO) Aref Matin stated that out of all the countries in which they are currently based, they have chosen Sri Lanka to be the supplier for the technology used in the capabilities they build for the global market.

“Out of 18 countries we are present in, Sri Lanka is one of our key software development centres for the products and capabilities we have.”

Wiley Global Technology was founded in 1807 and has helped people and organisations develop the skills and knowledge they need to succeed. They do this by specialising in academic publishing and instructional materials, online education management, and corporate learning and training. The company is also one of the leading publishers of research papers internationally and puts forth almost half of the world’s research. 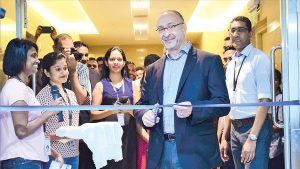 Wiley also helps learners develop skills and knowledge to keep up with the changing world, and its services span university programmes, career preparations, and corporate training.

It commenced operations in Sri Lanka just 10 months ago on 18 March 2019, and currently employs a team of 215 experienced software architects, developers, quality engineers, programme managers, and technology operations talent. They also occupy a five-floor office space in the Maga One building, out of which four floors are currently occupied, while the fifth is under construction.

During the media roundtable, Matin explained that the talent pool in Sri Lanka is unrivalled as the engineering talent here is highly skilled and experienced – traits difficult to find elsewhere.

“Sri Lanka does not have the numbers, but if you are looking to hire 500-600 highly qualified and experienced engineers, then this country is ideal.” He explained that the prospects are all highly educated and have a strong focus on innovation and a desire to learn the latest technological trends. This, coupled with a strong work ethic, collaborative teams, great English language skills, and their commitment to careers where they’d rather not job hop in competitive market situations, make for great engineers.

“We are the number two supplier for the K12 education business in Australia, and we serve 275,000 students from that business. We started a team here for Wiley Australia and within three months, they started building and delivering software to that business, and within six months, the team was completely controlling all the software developments from Colombo, making sure the platforms in Australia were running and stable. They were supporting those 275,000 students in Australia in six months; we were very productive in a very short period of time.”

Speaking to The Sunday Morning Business at the event, Matin stated that this efficiency was something that attracted them to Sri Lanka in the first place and has yielded positive results, thus encouraging their expansion.

“Sri Lankan engineers have a very serious work ethic; what I like about the Sri Lankan market compared to the rest of the region is that they care about their jobs, not because somebody gave them an offer and they took off, but because they are genuinely interested in the topic they select. They become part of an organisation, and if the work conditions are good, they stay in their jobs.”

He stated that in markets like India, where the concept of outsourcing has been ingrained in the employees, there is less ownership of the products being developed, while in Sri Lanka, people take pride and joy in the products they build and deliver to the market.

“The outsourcing model sees employees do one project every three to six months, and if that is the case, they do not have an ownership of what they do; I think a sense of ownership is very important when building products.”

Matin explained that the engineers in Sri Lanka between their late 20s and mid 30s are usually those who have already worked in one or two companies and bring that experience with them to Wiley. He went on to state that because of this, the company is proactively making sure they provide a good working environment and conditions for them.

“As a company, we have to take care of them and they will take care of us. So we have to be very proactive to make sure they are in a good work environment with good work conditions. It’s working; the more people we meet, the better it is, and we have not been disappointed so far.”

Another reason for Wiley’s interest in Sri Lanka is the locals’ ability to travel to different locations with little restriction. Matin explained that due to the country’s neutral stance with other nations, there are few limitations for the engineering talent here.

“If we take people from the US, we have to go through an extensive period of time to apply for visa if we want to travel to Russia; this is because of the relationship between the two countries. But Sri Lanka is fairly neutral, and the people can travel to a lot of our different bases and spend time with the other teams; this is critically important.”

According to Matin, English is the language of choice in all the countries the company operates, because of their global clientele. This makes Sri Lanka’s English literate population critical for the company.

Sri Lankan talent first attracted Wiley into the country, and has now impressed them enough for the company to expand their investment, both monetarily and non-monetarily, providing better opportunities for local engineers.

September 20, 2020 bythemorningeditor1 liberty No Comments
Sri Lanka Tourism and VTA signed an agreement last week to train drivers involved in the tourism industry which will enable training programmes to be conducted islandwide