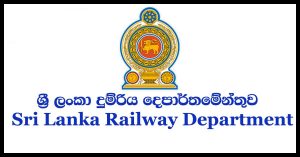 Sri Lanka Railways (SLR) has identified that its own employees have been occupying Sri Lanka Railways Reserve land illegally for a number of years, and therefore plans to charge lease payments from them, according to SLR General Manager M.J.D. Fernando.

“Most of these lands are occupied by the employees of the SLR itself. We will have to charge them lease for the years they occupied the land and then take necessary action to evict them as well. Some argue that it is their right to live in the land as the SLR owes them for all the delayed salary increments, etc. This is an issue that will have to be taken up separately by them,” he told The Sunday Morning.

He added that these employees have taken over the land gradually over time.

“The Railway Reserve land falls under the purview of the Superintendent of Railways of the area and the Station Master of the respective railway station in the area. Over the years, these employees have misused their positions of power and gone ahead to construct private dwellings.”

Last week, Minister of Transport Gamini Lokuge appointed a four-member cabinet subcommittee to deliberate and make recommendations on how the land could be reacquired and the monies owed to the Department of Railways recovered from the personnel illegally occupying state-owned land.

Fernando said that the SLR is awaiting the necessary directives by the Cabinet Minister and the policy decisions after the committee carries out an investigation into and a study on the lands in question.

However, the cabinet subcommittee meeting that was to take place last Friday (16) to look into reclaiming the Sri Lanka Railways Reserve land occupied by squatters was postponed to this week.

Minister Lokuge, when contacted by The Sunday Morning, said: “We are yet to discuss the technicalities of the reclamation process. But most of all, we are also looking to recover the monies that they owe to the Government for the years they occupied the lands.”

Three-wheelers permitted to carry only 2 passengers

December 29, 2019 bythemorninglk No Comments
The Government has threatened to blacklist private power producers (PPPs) if any irregularities are found in deals they had with the former Government.