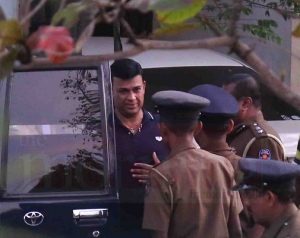 Parliamentarian Ranjan Ramanayake was arrested a short while ago following an arrest warrant issued by the Nugegoda Magistrate.

In the afternoon today, the Attorney General had directed the Director of the Colombo Crime Division(CCD) to obtain a warrant to arrest and produce MP Ranjan Ramanayake before court.

The directive was issued for alleged offences committed in terms of Article 111C (2) of the Constitution for interference with the functions of Judges based on leaked telephone conversations with judges Padmini N. Ranawaka Gunathilaka, Gihan Pilapitiya and Dammika Hemapala.

November 22, 2020 byLahiru Pothmulla No Comments
Several teachers’ trade unions urged the Education Ministry to put in place a proper safety mechanism at schools to prevent spread of COVID-19 prior to reopening of schools.

July 24, 2020 byTSM Web Desk No Comments
A total of nine candidates have submitted declarations of their assets and liabilities to the March 12 Movement and Transparency International Sri Lanka (TISL).